Samira Wiley Covers OUT Magazine’s OUT100 Issue. Talks About the Role of Religion in Her Life. 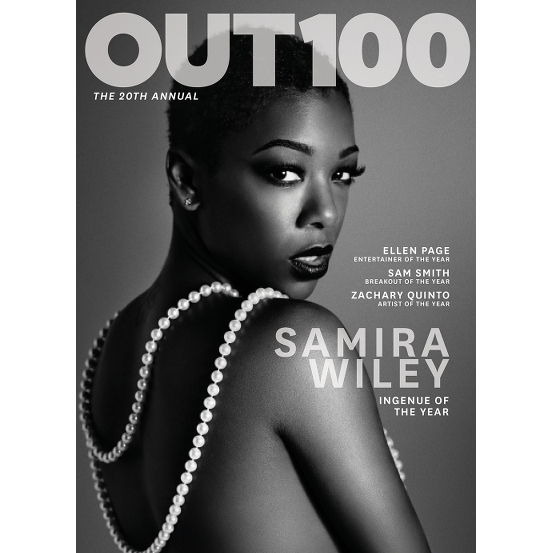 Shot by JUCO, Samira Wiley channels Josephine Baker in an “Old Hollywood” style black and white shoot. Wiley also talked about the role of religion in her life,


“I grew up in the church,” she says, recalling something her parents, both Baptist pastors, instilled in her. “I have seen my parents inspire people and give them hope and faith most of my life. I feel like I’ve always wanted to have my work be some sort of ministry, because that’s what my parents do and that’s the only word I have for it.”

Her parents, Christine and Dennis Wiley, are in fact pillars of the LGBT religious community. In 2007, theirs was the only traditionally black Baptist church in D.C. to perform same-sex unions. As Wiley remembers, they lost half of their congregation as a result.

“I feel like oftentimes in the church people get caught up in literal translations of the Bible. But that’s not the home I grew up in,” she says. “I was just taught that love is the most powerful thing. And being able to see that and see my parents on the forefront of that made such a big impact on my life.”