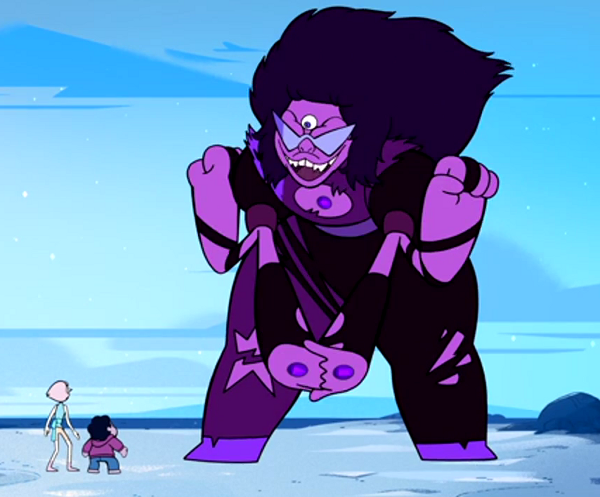 In addition to posing for eye-popping single covers, Nicki Minaj is also lending one of her many voices to Cartoon Network’s animated series Steven Universe. Nicki will be voicing a character called Sugilite, an all-powerful giantess created by fusing Garnet and Amethyst. Check her out below. The full epside airs Thursday, August 21st.