Shanelle Nyasiase is One of Fashion Month’s Most Booked Models. 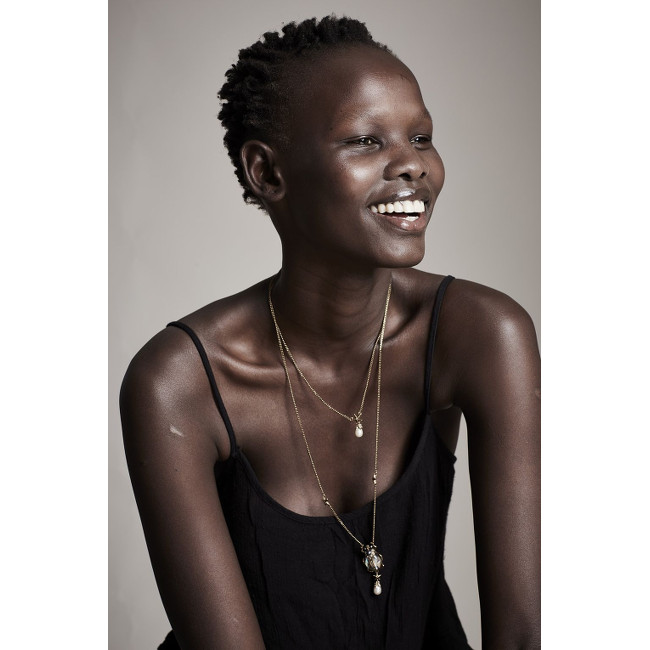 Ethiopian-born model Shanelle Nyasiase has tied with Hyun Ji Shin as the most booked model for the Fall/Winter 2018 season, with 42 shows walked.

The striking beauty, who is of South Sudanese descent, but was raised in Kenya, featured in fashion shows in New York, London, Milan, and Paris. Highlights of her fashion month includer Alexander McQueen, Hermès, Versace, Gucci, and many more.

Models like Nyasiase are increasingly gaining visibility as result of the ongoing push for diversity in the fashion industry.

Speaking to British Vogue last month, Nyasiase acknowledged the unique challenges she faces as a black woman in the fashion industry.

“I’m learning so much. I’m a model, but I’m also a black woman,” she said. “I have to learn from other people, but I also have to be a strong person, and have people accept me as I am.”

Nyasiase is not the only black model who has seen record bookings during fashion month. In 2015, Dominican-born model Lineisy Montero topped the bookings list. The following year, she joined Selena Forrest, another black model as one of the most booked.