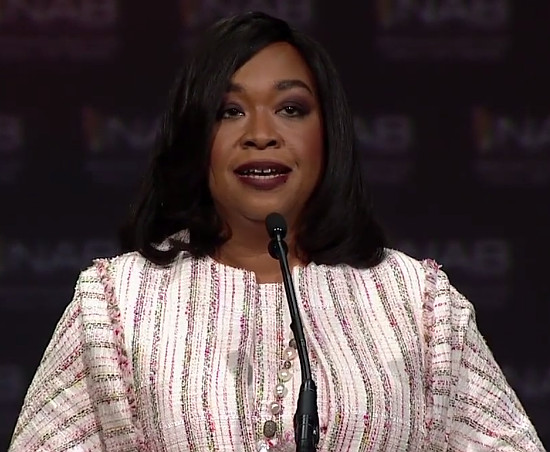 An in a thoughtful and inspiring speech last month, celebrated producer Shonda Rhimes, who is often praised for her diverse casting choices, said that she wasn’t creating diversity for the sake of it, but instead that she was “normalizing” television, by simply depicting the world as it really is.


Rhimes, who recently hit back via Twitter at that embarrassing Deadline piece which bemoaned all recent diversity on television, expounded on her early point about normalization.

Rhimes delivered a brief, yet poignant speech, while being inducted into the NAB Broadcasting Hall of Fame at the NAB Television Luncheon, in which she addressed how reporters constantly ask her about her “diverse choices.

“In Shondaland, our shows look like how the world looks. Everyone can see themselves when they turn on the TV on Thursday nights on ABC,” Rhimes said. “To me that was not some difficult brave special decision I made. It was a human one, because I am a human. It wasn’t something we had to bravely fight for, because ABC is also full of humans.”

“This is not the Jim Crow south,” Rhimes added. “We’re not ignorant, so why wouldn’t we [cast that way]? I still can’t believe I get asked about it all the time, as if being normal, TV looking like the normal world, is an innovation.”

Rhimes, who has often addressed a wide range of complicated topics including mental health, abuse, and sexual assault also said that some of her choices in storylines were meant to start a dialogue between fans. She noted the communal feel of her shows, which can definitely be seen on social media every Thursday night.