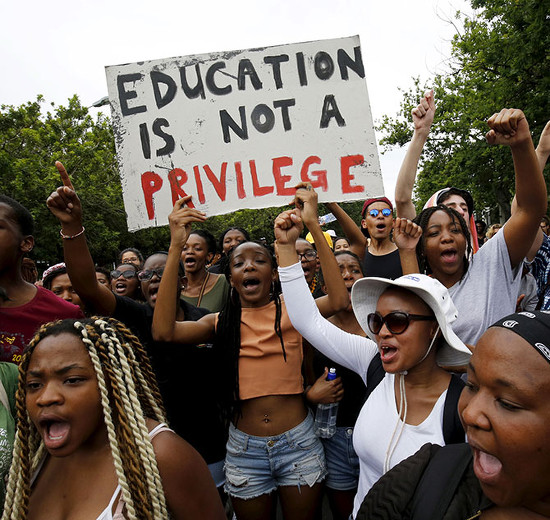 The mayor of the South African municipality of Uthukela, in the southeastern part of South Africa has come under fire following news of a virginity scholarship. According to Agence France Presse, Jabulani Mkhonz, a spokesman for Uthukela, “the bursaries are for young girls who are still virgins.”

Local women’s groups, like the The People Opposing Women Abuse (Powa) are already speaking out against the grant, which has attracted international attention.

“Powa is shocked to hear that young girls are being tested for virginity in order to get bursaries […] it’s a violation of their rights,” the group’s executive director, Nonhlanhla Mokwena, said.

The Commission for Gender Equality, which is backed by South Africa’s government, also condemned the virginity grant.

“I think the intentions of the mayor are great but what we don’t agree with is giving bursaries for virginity,” chairman Mfanozelwe Shozi the Associated Press.

Uthukela’s mayor, Dudu Mazibuko, has already defended the education grant, telling the BBC that it was intended to “reduce HIV, Aids and unwanted pregnancy.”

An estimated 6.3 million people in South Africa are HIV-positive, with more than 1 in 10, living with virus. A virginity test, however, is clearly not a sound solution, especially considering that such tests, which involve examining the hymen, are largely mythical and not medically sound.

In addition to relying on long held and oppressive myths about sexuality, the scholarship comes at a time when many South Africans are fighting the rising costs of education. Last fall, young South Africans took to the streets to protest a proposed tuition hike of 10-12%. Women emerged as a major voice in these protests.