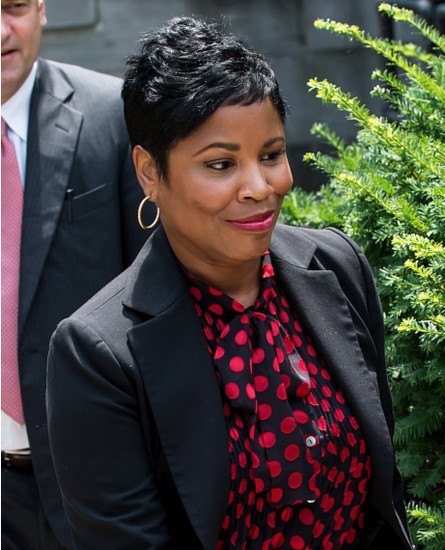 Attorney Monique Pressley made quite an impression earlier this year after a rousing appearance on CNN, in which she solidified her position as a key member of Bill Cosby’s legal team. Pressley, a legal analyst who specialized in crisis management, made it quite clear that her client wasn’t going to back down easily.


After months of lawsuits and appeals, however, Pressley has become the latest person to cut ties with Bill Cosby and his ongoing legal saga.

Cosby spokesman Andrew Wyatt confirmed today that the Washington D.C.-based attorney no longer is part of the legal team for the much-accused Cosby Show creator’. The shakeup in the actor’s defense now sees Angela Agrusa, head of litigation at LA and New York firm Liner LLP, and Pennsylvania-based Brian McMonagle fronting Cosby’s efforts to avoid a potential decade behind bars on three felony charges of second-degree aggravated indecent assault. Dropped on Cosby late last year, those charges are in addition to several civil cases nationwide that the actor is fighting.

Pressley, who often served as the face of Cosby’s defense team, hasn’t made any public statements about her decision to cut ties with the embattled comedian, as of yet.

Cosby continues to face defamation lawsuits in multiple states from some of his many accusers, a group that has risen to over 50 women, who have accused him of drugging and/or sexually assaulting them.