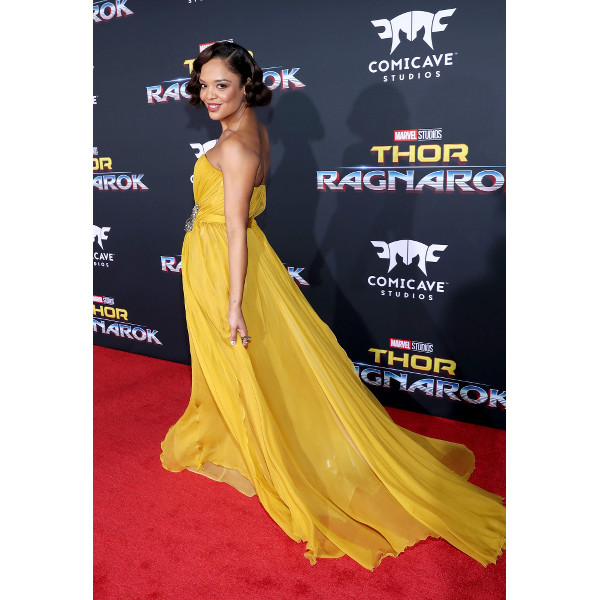 Marvel-mania is officially in full swing with the upcoming slate of heavily anticipated films. The soon to be released projects have inspired a range of products, from superheroes online games to clothing and other merchandise. A recent statement by Thor: Ragnarok star Tessa Thompson reveals that the Marvel Comics Universe might also be helping to usher in a new era of equality in Hollywood.

While Thompson has been a working actress for over a decade, she received a significant career boost after a breakout role in the runaway indie hit Dear White People. Subsequent roles in Creed and Selma, both critically acclaimed films, boosted Thompson’s profile significantly. She’s even used her star power to tackle heavy subjects both on and off screen — by speaking out about the dearth of strong roles for women in major motion pictures.

Last month Thompson, who is set to to reprise her Thor: Ragnarok role as Valkyrie in the upcoming Avengers production Avengers: Infinity War, shared that she had been actively working toward an all-female installment of the Avengers series.

Speaking to Comic Book Resources, Thompson revealed that she had pitched an all-female Avengers film, alongside other women actresses who have appeared in Marvel Comics Universe productions.

“I think in that group was Brie Larson, myself, Zoe Saldana, although she ran off to the bathroom, I think, so she came midway through the pitch but she had been in the rev-up to it,” Thompson said.

“Scarlett Johansson. Pom [Klementieff] and Karen [Gillan], who are both in the Guardians movies. Yeah, I think it was that group. We were just sort of all in a semicircle talking, and it just came up, because none of us really worked together – well, I suppose Zoe, and Karen, and Pom – and wouldn’t it be nice if we could all work together?” she continued.

“And we were sort of speculating on the ways in which it might happen in Infinity War, or might not happen,” she continued. “And we thought, ‘No, we should just have a whole movie where we know every day we’re going to arrive and get to work together.’ So we just ran right up to Kevin Feige and started talking about it.”

Prior to that big reveal, Marvel Studios tweeted an image featuring eight of MCU’s biggest female stars. Thompson retweeted the viral image, which originally garnered over 15,000 shares, captioning her tweet “In Formation.”

The growing support behind Thompson and her other Marvel Studios Universe colleagues proves that fans are definitely ready for women to take center stage in an upcoming film.