This Viral Sweatshirt Sold Out. But a Restock is Coming Soon. 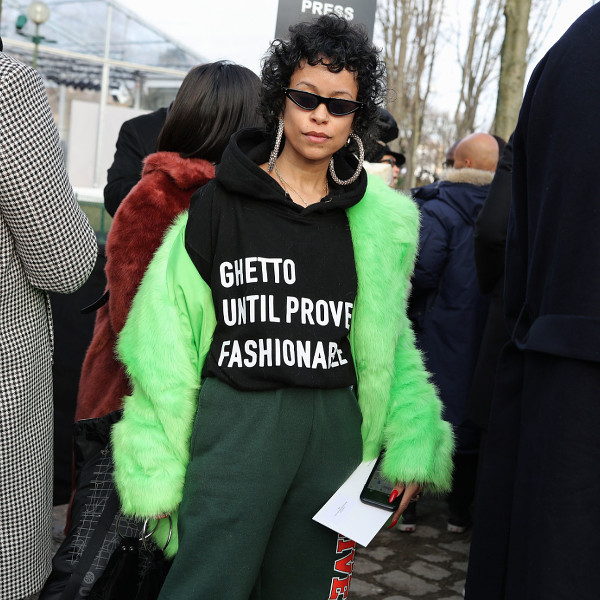 Created by Nareasha Willis, Black Vogue is an up-and-coming brand that combines fashion with activism.

One of Willis’ creations, a black sweatshirt that reads “Ghetto Until Proven Fashionable” recently went viral and sold out in a matter of hours. The piece even made an appearance in a Paris Fashion Week street style feature, pictured above, by Phil Oh for Vogue.

Willis expressed shock at the sudden success and Vogue mention.

“I just told my friend that I didn’t believe “Black Vogue” would ever be featured in @voguemagazine because it’s too controversial because of its name itself, and the message behind the brand,” she wrote on Instagram.

Willis also promised that the popular sweatshirt would be restocked in the near future.