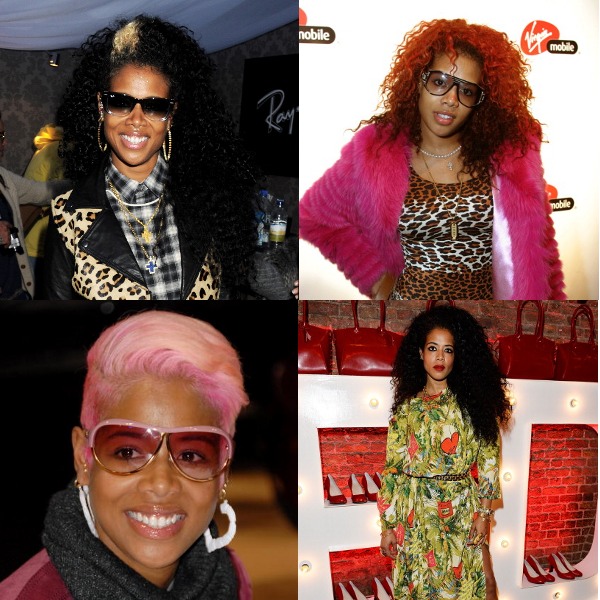 When she first screamed on that track with her technicolor afro, Kelis had me in love at first sight. Paired with her eclectic, chill personal style, she really was the coolest thing to come out of 1998. Sixteen years later, Kelis, an OG #carefreeblack girl is still rocking bold looks. Check out some of her greatest hits and you’ll quickly realize her affinity for pink and leopard.

I told you so. Here she is rocking a pink fur and a leopard top, with a pair of sunnies that screem early aughts.

Another retro look, this time complete with gloves and elegant jewelry.

Here she is at Olympus Fashion Week 2007, working the runway for big ticket designers Heatherette.

More retro realness, this time with more toned down hair.

A matching dress and hair make the perfect maternity look.

On stage at the Launch of a Roberto Cavalli Store. She chose this look after wearing more leopard print, a Cavalli signature, on the red carpet.

Green is another color Kelis kills in, here she is in an embellished caftan.

Another cool caftan and of course a hair change.

I love this matching look.