Throwback. Over 30 Years of Fashion at the Met Gala. 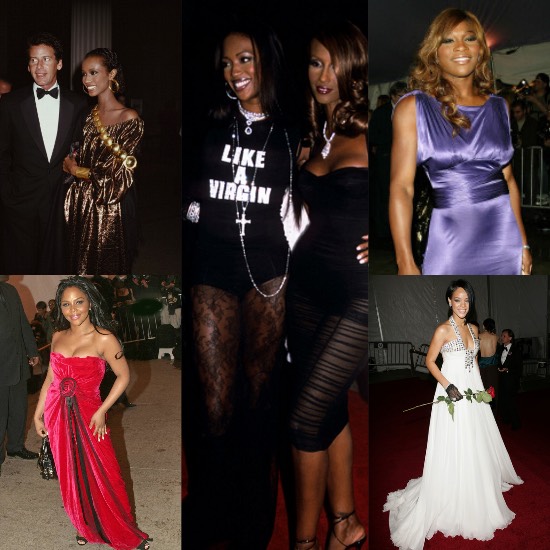 The annual Costume Institute Gala at the Metropolitan Museum is pretty much considered to be the fashion industry’s Oscars. Celebrities and fashion’s elite pull out all the stops and step out some of the hottest designer looks. Every year one celebrity in particular steals the show. Last year the honor went to Rihanna, who sported a now iconic look by Chinese couturier Guo Pei.

But the pop star has come a long way since her first time attending the event back in 2007. Take a look at these throwback looks from Rihanna among many other celebs over the years.

Naomi Campbell and Iman in 2001