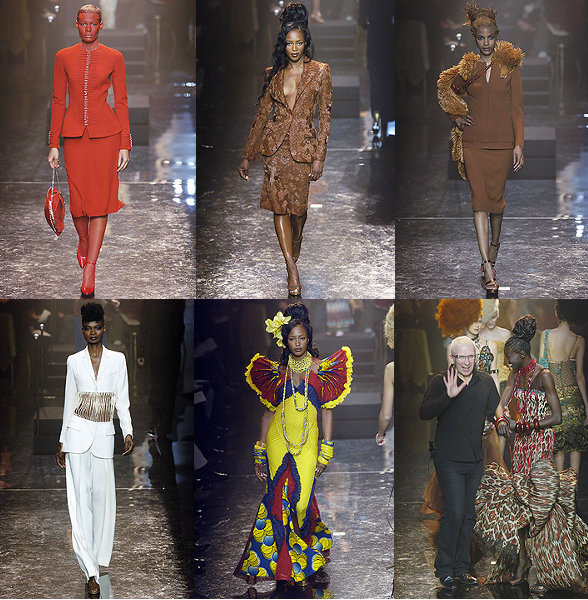 Diversity has been a hot topic in the fashion industry as of late. Jean Paul Gaultier has always been a forward-thinking designer who has consistently held diverse, edgy, and groundbreaking shows. Gaultier’s Spring 2005 Couture Collection featured a host of top black models and was inspired by the mix of traditional and European dress sported by the African immigrants the designer would often see in France.

If you are in New York anytime from October 25, 2013 to February 23 2014, be sure to check out the Gaultier’s first international exhibition, The Fashion World of Jean Paul Gaultier: From the Sidewalk to the Catwalk at the Brooklyn Museum.