Tinashe Says It Wasn’t Her Decision to Collaborate With Chris Brown. 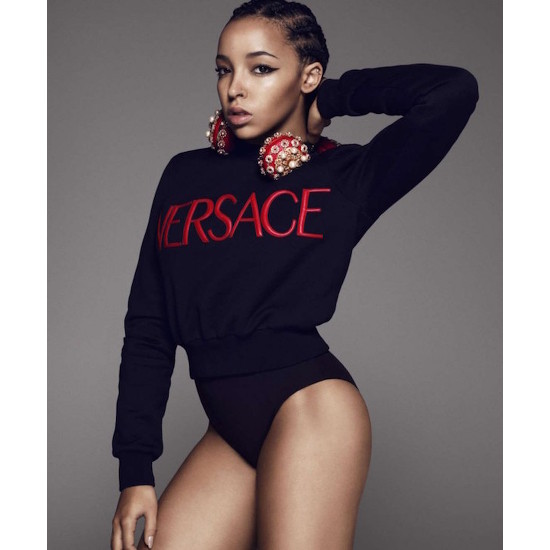 Back in December of 2015, writer Sydney Gore published an open letter to songstress Tinashe, expressing disappointment in the emerging talent’s decision to work with Chris Brown on track single “Player.”


“In addition to covering her career trajectory from the beginning, NYLON has also supported Tinashe by fronting her as a headlining act for multiple brand events,” Gore wrote. “So, when she started working with men like R. Kelly and Chris Brown, it caused me to take a step back. I’m conflicted about the responsibility an artist has to make tasteful art while also being a responsible individual.”

Everyone wants to be the expert of your life, as if they know what you have been through & somehow deserve the right to tell you how to live

@leilaclaire collaborating is not a consign of actions Lol. Come on now. Please don't speak on the politics of matters you do not know about

While the debate raged on over several days, Tinashe seemed to weather the storm, and has been readying fans for her album release.

During a recent interview with ET Canada, Tinashe touched on the criticism that she received for the Chris Brown collaboration. Whiles she admitted that she had always wanted to work with Chris Brown, she maintains that she didn’t have much control over the decision to collaborate with him.

“It was really the label. It wasn’t me,” Tinashe told ET Canada. Tinashe also expressed her desire to work with more women producers. She also gave a small update about her much-anticipated album, Joyride, indicating that the project was facing some delays.