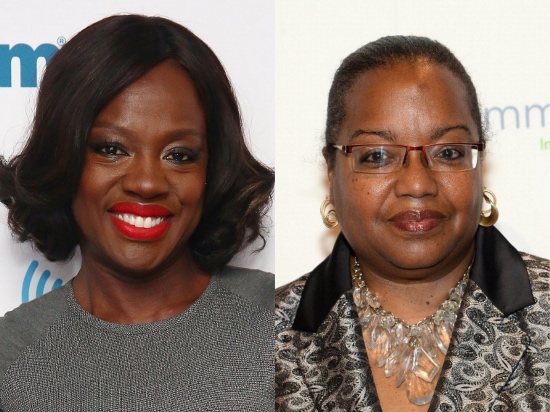 Back in 2014, news broke that JuVee Productions, the company helmed by Viola Davis, alongside her husband and partner Julius Tennon, had teamed up with producer Debra Martin Chase and her company Chase Martin Productions to bring viewers a new show. The lead character in the series would be based on prolific Michigan prosecutor Kym Worthy. Known as “the toughest woman in Detroit,” Worthy has been the prosecutor in Wayne County, Michigan for 10 years. She rose to national prominence when she spearheaded an initiative to end a backlog of over 11,000 untested rape kits. She made headlines in 2014 with her decision to charge Theodore Wafer with the murder of Renisha McBride. Over 90% of the cases that Worthy has brought to trial have resulted in a conviction.

Back then, the forthcoming series was slated to be an ABC production, scripted by Jason with Jeff Melvoin acting as showrunner.

Now, the project, titled “Conviction” will be lead by co-executive producer and writer Ayanna Floyd.

Viola Davis won’t be starring in the series, but given the weight of this particular role, the show could become a major vehicle for another black actress.