Twenty Things I’ve Learned Along The Way About Lesbian Dating and Relationships. 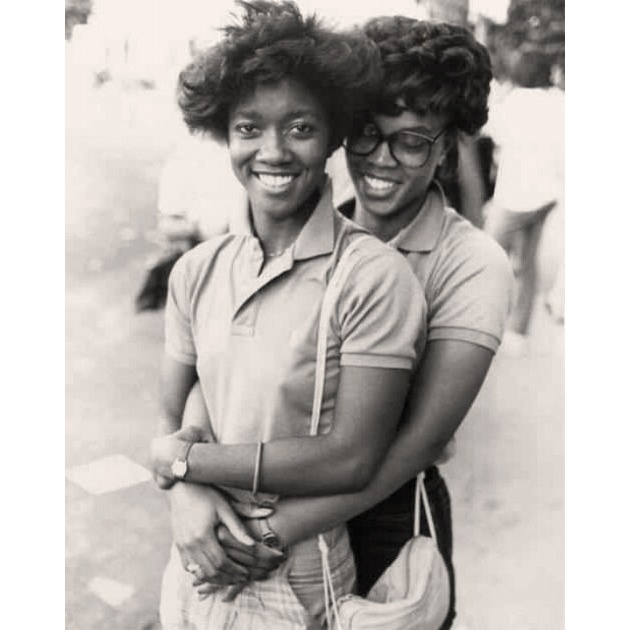 I recently shared my experiences being an out lesbian in a conservative, religious, Jamaican family. I came out at nineteen and have had three serious relationships in those nine years as well as my fair share of dating disasters. Dating can be complicated for anyone regardless of sexual orientation. It’s equally confusing and hard to navigate for us same gender loving folks. Some of the things listed below are personal experiences while others I’ve been witness to thanks to my lesbian friends.


1. If it doesn’t feel right then it probably isn’t.

Always trust your instincts. If you’re dating someone or in a relationship and things just don’t feel right then it’s time to go your separate ways. I was once hanging out with this soon to be doctor back in 2011. She was beautiful, intelligent, and had a cool personality but as things progressed something just didn’t feel right. We were getting close but she would abruptly pull away at the strangest times. Come to find out she was in a long term relationship with her boyfriend who she lived with and was sorting through her feelings for the same sex. She’s now out and dating women but that live in boyfriend though…right!

A few tips for the ladies. Don’t use the same strap-on on multiple partners even if you sterilize (some would say it’s safe after sterilization) and practice safe oral sex. While it’s recommended that lesbians use dental dams (thin rectangular latex sheet) for oral sex, the truth is, it isn’t regularly used as taste is a big factor when well, you get it. Even so the dental dam is good for casual play and hook ups. For relationships, I would advise waiting to have sex until you and your partner have both gone to the gynecologist together and have gotten a clean bill of health. Once all is finalized, you’ll be free to do as you please with that special someone.

3. When dating a person of interest make sure you’re both on the same page from the jump.

There are so many things to consider when taking the plunge to finally commit to that special someone. Do they have my values? My interests? The list goes on. Back in 2012 I was introduced to Atlanta’s gay black scene. To my surprise I was swept away by this “new world” that consisted of fun dinner parties, monthly all girls parties with some beautiful black women, and impromptu picnics at the park. I was “fresh meat” and looking back I should have been more cautious going into the scene. I met a young woman at a dinner party and we quickly exchanged phone numbers. Things went from a text here and there, then eventually dinner dates, hanging out with my friends, fun concerts together, then the inevitable sleepover. I really liked this woman and it was evident she enjoyed my company as well but as time went on it was obvious that I wasn’t the only woman she was spending time with. She didn’t want anything serious and simply thought she was having fun while I assumed since we were having “sleepovers” and spending quality time together this meant we were progressing towards something more serious. WRONG! She had women all over Atlanta, smh. She didn’t do not a thing wrong since everyone has different rules to dating so it’s best to have clear boundaries and fully express what you both expect from each other.

4. Don’t introduce a partner or girlfriend as a friend.

This of course applies if you’re both out and in a serious relationship. In those early years you make mistakes but that’s o.k, you live and you learn. I introduced my first love to my parents as my “friend”. My mom took to her very quickly but things unfortunately change once she found out she was my lover. It’s better to rip the band aid off if you think the situation is a tricky one with friends and loved ones. Tell them from the beginning however uncomfortable or awkward things may be.

5. Don’t ever be someones secret!

Note that there’s a difference between respecting the wishes of someone you’re building a future with like Robin Roberts respecting her partner’s wishes for privacy in those early stages of their relationship than the total noncommittal person who solely wants to hook up. This person has no intention of coming out the closet and are normally using you for selfish reasons.

6. You won’t have a happily ever after with a straight girl.

I’ve spoken about this before. Falling for a straight girl is typical in the lesbian community but this scenario almost always ends in heartbreak for the lesbian or bi-sexual woman. There are always exceptions to everything in life as my first two girlfriends were “straight” before I met them. I believe they are now dating men but I say this to make the point that sexuality is oh so fluid. Even so, I still believe it’s best you direct your romantic feelings toward other lesbians or dare I say a bisexual and save yourself the grief.

7. The people you meet at the club are just that, people at the club.

Dance your butt off, booze it up, and have a good time. Chances are the person you met last week at your favorite night time hot spot won’t be your future boo thang.

8. Fight the urge to quickly merge.

I’m not saying don’t merge once you’ve solidified a strong relationship but do so at a decent rate. How’s that joke go again, ‘what does a lesbian bring to the first date?’ A U-haul. While there’s some truth to this, I’ve seen friends take a different approach as us Millennials tend to do. Take your time in merging homes, bank accounts and such.

9. When it comes to sex, don’t be hesitant to ask your lover or partner what they like. 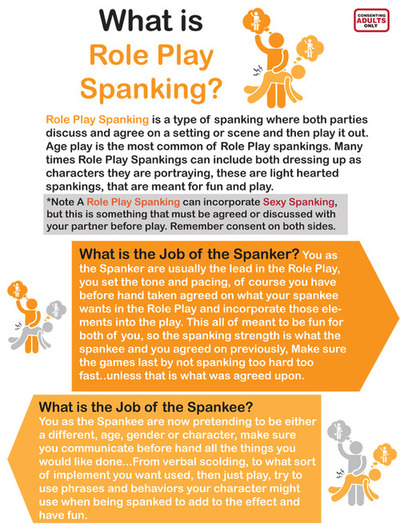 Some like it rough while others like it “nice and slow’ (shout out to Ginuwine). Some can orgasm simply from clit stimulation and others like penetration. There’s absolutely no shame in asking.

11. You don’t have to explain or defend your relationship to anyone.

Us in same sex partnerships will have our fair share of naysayers and haters. Brush the negative talk off and press firmly forward. You don’t need anyone’s approval to have a healthy and loving relationship. Seek out people who will build you up and bring positivity to your life.

12. Balance is everything. Don’t throw away your friends and loved ones all because you got a boo.

Balance is key as with anything else in life. Just because you’re on a euphoric high from new love doesn’t mean you start neglecting the other important relationships in your life. The same people you initially neglected are normally the ones to build you back up when a romantic relationship has gone awr

I have an interesting perspective on the topic as someone who’s cheated and been cheated on. In my young and untouchable days it was rare that you found I thoroughly thought about the consequences of my actions as it relates to cheating. It wasn’t until I was the one who was cheated on that I realized the pain I had caused. I’ve learned since that you don’t do that to someone you truly love. End it or better yet, don’t fucking cheat.

14. If you have multiple sources saying your partner or lover is cheating, then they’re definitely cheating!

Most people don’t just make stuff like that up, especially if it’s a person you’re quite close to. Chances are the person who has come forth thought about how telling you such news will affect you and it probably wasn’t easy for them to have the conversation. When you have multiple sourcing coming to you out to genuine concern it normally means that your partner is for sure cheating.

15. Be open to love. Every one has a type but they shouldn’t be set in stone.

Let’s see. I’ve dated Hispanic women, black women, and white women. Curvier women, super slender, women with dreads, older women, younger women, women with kids, intellectuals and everything else in between. I really don’t discriminate and while we all have a certain type, it’s like Ari Fitz recently said in a interview, “love can just hit you on the ass on a Tuesday and hey you can’t fight it. It’s hard finding that person who you truly connect with so when you do hold on to it.”

16. Be selective about who you tell your relationship stuff to.

The lesbian community in most cities and towns are very small. Tell your most person stuff to someone outside the circle. It’s been my experience that even something said innocently will go from person to person and by the time it gets back to you it’s a far stretch from the truth.

Most of us, if not all, will experience heartbreak in our lifetime. Someone will break your heart and you’ll obsess, cry and think life is over. Good news! Life does go on. It takes some of us a longer period of time to get over our broken heart but time will mend those wounds, I promise!

18. When in a relationship don’t become co-dependent or merge into one person.

I have a female friend who I’ve known since way back in high school.  She’s my girl and I loved our one on one time together when she was single. Since getting together with her girlfriend soon to be wife it’s expected that if you invite one the other will automatically be included. Please don’t become this person as it’s so co-depend and it ain’t cute. Be an individual, just because you’re now with someone doesn’t mean you can’t have separate lives. Space is good, make them miss you!

19. Don’t change yourself for anyone.

I once had a girlfriend who actually liked it when I presented myself in a more masculine manner. I’ve always just done my thing not adhering to butch, femme or whatever; I’m somewhere in between and love that I can bounce around when it comes to my gender expression. My ex didn’t like it when I wore makeup or when I had my hair done in braids. Looking back I can see that she had these very defined standards for our relationship. Someone had to be the butch one and someone had to be the femme. I wished I would have stood up for myself back then, instead I gave into her wishes. There’s more. A lesbian friend once told me that I’d be her ideal partner if I loss twenty pounds and grew dreads. I’m not opposed to any of those things if I choose to do them myself but the way she said it was tacky and I’m not attracted to her in the least bit anyway.

20. Monogamy isn’t for everyone. Your best fit may be an open relationship.

This has to be talked about from the jump of course, outlining boundaries and such. I remember a friend asking if I would ever be in an open relationship after a bad breakup and me reacting like, “you outta your mind!” Now, I actually entertain the idea, it’s a possibility– never say never.