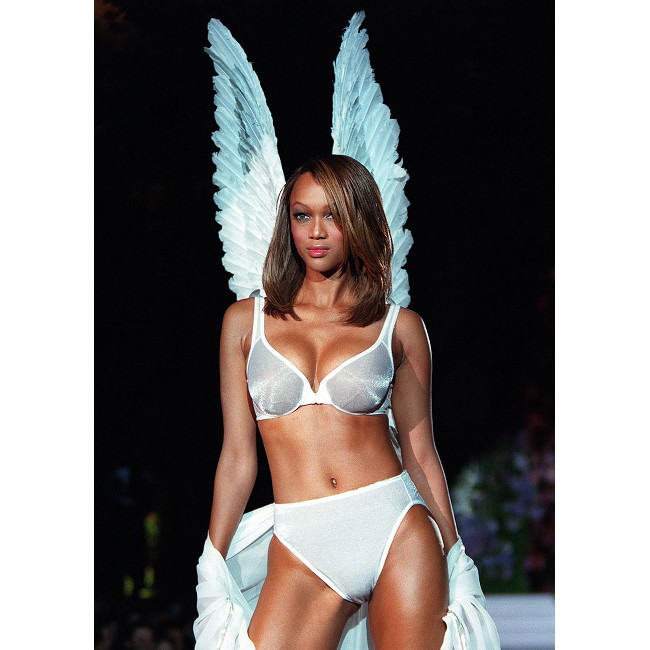 Tyra Banks has openly talked about her early career struggles while breaking into the predominantly white fashion industry. Banks, like many black models, faced makeup and hair that often arise as a result of unprepared stylists.

Speaking to W Magazine, Banks revealed that she almost lost a Victoria’s Secret gig, because an adequate hair stylist wasn’t available to her.

“I had to figure out how to make sure I looked good at work, because I almost lost my opportunity at Victoria’s Secret,” Banks said. “I was sent home the first day because the hairdresser didn’t know what to do with my African American hair, so it looked crazy.”

She had to take matters into her own hands to secure the job.

“Then a year later, I finally begged my agent to get them to give me another chance,” Banks continued, “and I had my hairdresser come to my apartment in Union Square and wash, blow-dry, and flat-iron my hair.”

Her efforts clearly paid off, and Banks ending up scoring the gig that would cement her supermodel status. Victoria’s Secret also made an effort to ensure that hair styling issues wouldn’t happen in the future.

“And I do have to take my hat off to Victoria’s Secret because that was the last time I ever had to do that,” said Banks. “After that, they hired people who could do my hair for 10 years.”

Tyra Banks shares stories like these, and more, in her recently release memoirs — Perfect Is Boring: 10 Things My Crazy, Fierce Mama Taught Me About Beauty, Booty, and Being a Boss.