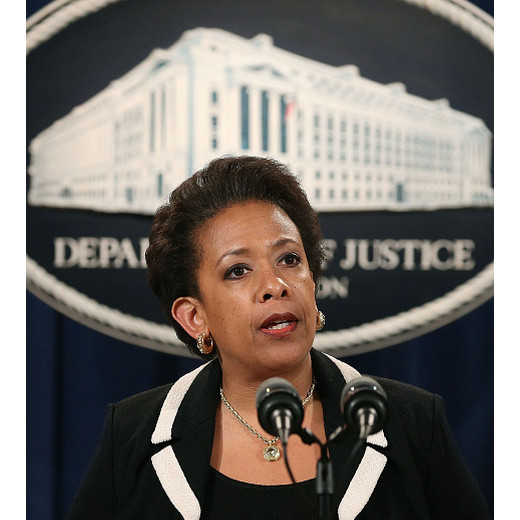 If there should be a system where independent prosecutors investigate police misconduct
– “You know, there’s a lot of different ways to approach that. I think that whatever system a jurisdiction chooses to have, it has to be as transparent as possible. It has to be a system that people in the community understand and feel invested in and feel has a process of listening to their needs and addressing their concerns fairly and openly. What you want is a system where accountability begins in the police department. When I talk to community groups, not only do they want accountability and transparency should there be charges, they want accountability and transparency when police departments themselves are dealing with the bad actors.”

Her reaction to the phrase, ‘All Lives Matter’ – “You know, I guess my reaction is that I am troubled by the fact that people think we have to choose. That people think that one phrase eliminates the other, whichever one someone chooses to make their particular mantra. And it’s been my hope that, as we talk about these issues, we’ve talked again about the videos that we’ve seen of these truly tragic encounters between law enforcement and civilians, that people look at that and say that, ‘This is someone who lost their life. And we have to find out why.’ We have to get to the bottom of it. And whoever is involved in that has to feel as if they are treated as fairly and impartially as any other citizen in our society. And when people are expressing the view that large segments of our society do not have that feeling, that’s a problem for all of us.”