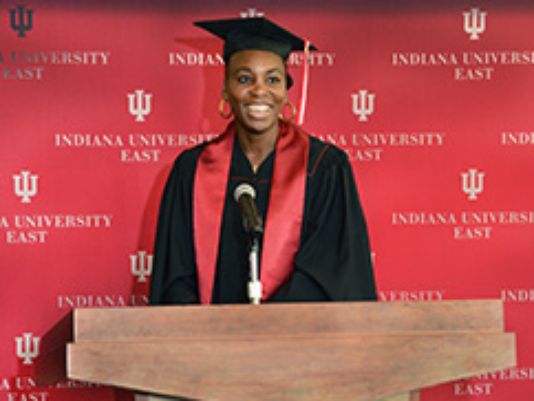 Star tennis player Venus Williams has added another achievement to her long list of accomplishments. She recently earned a Bachelor of Science in Business Administration from Indiana University East.


Williams, who earned an associate degree in fashion design from the Art Institute of Fort Lauderdale in 2007, and runs her own clothing line EleVen, started Indiana University East’s online degree completion program in 2011. She completed her coursework during the summer and received her diploma on August 14.

“I’ve learned so much,” Williams said in an IU East press release. “It was always my dream to have a business degree, and I ended up going to art school so many times, but in the back of my head I felt like I needed the tools to be a better leader, to be a better planner, to be better at all of the things I wanted to do in my businesses because I’m so hands-on.”

Williams, who scored a win yesterday at the U.S. Open, is the first to graduate under an agreement between Indiana University East and the Women’s Tennis Benefits Association. The agreement establishes IU East as the primary institution providing degree completion programs for WTA players.