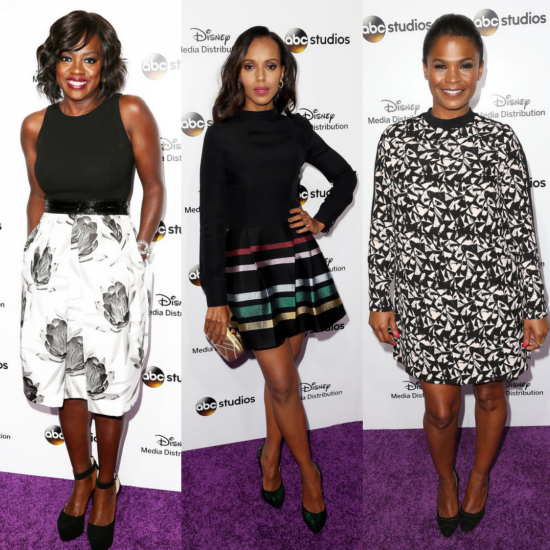 “How to Get Away With Murder” star Viola Davis and “Scandal” star Kerry Washington made an appearance the Disney Media Distribution International Upfronts, earlier this week. The event saw a bevy of black actresses who attended to promote their upcoming shows for the Fall 2015/2016 television season. The upcoming season is proving to be a big one for black women on the small screen.

Long will be starring alongside Mike Epps in a television adaptation of the 80’s John Candy comedy film Uncle Buck.

Bingham snagged a role as one of the lead characters in the upcoming ABC political drama “The Family.” Bingham is best known for her role as a jazz singer on the HBO series “Boardwalk Empire.”

The actress and writer will be appearing on the FOX series “Grandfathered” this fall. The series which stars Josh Peck and John Stamos is about a “confirmed bachelor discovers he’s a dad–and a grandfather.”

The actress scored a role in “The Catch,” an upcoming Shonda Rhimes produced legal drama, which will air on ABC in the fall.

The singer and actress also scored a role in “Grandfathered.”