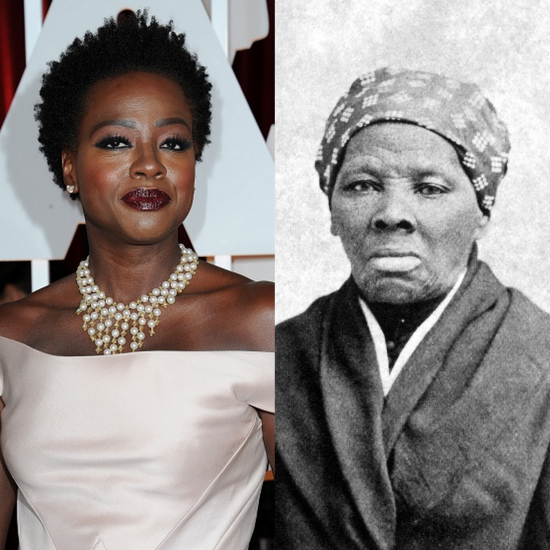 Oscar nominee Viola Davis will portray Harriet Tubman in an upcoming HBO biopic based on the a biography about the famous abolitionist, Bound For The Promised Land, by historian Kate Clifford Larson. Here’s a synopsis of the book,


Harriet Tubman is one of the giants of American history—a fearless visionary who led scores of her fellow slaves to freedom and battled courageously behind enemy lines during the Civil War. And yet in the nine decades since her death, next to nothing has been written about this extraordinary woman aside from juvenile biographies. The truth about Harriet Tubman has become lost inside a legend woven of racial and gender stereotypes. Now at last, in this long-overdue biography, historian Kate Clifford Larson gives Harriet Tubman the powerful, intimate, meticulously detailed life she deserves.

Drawing from a trove of new documents and sources as well extensive genealogical research, Larson reveals Tubman as a complex woman— brilliant, shrewd, deeply religious, and passionate in her pursuit of freedom. The descendant of the vibrant, matrilineal Asanti people of the West African Gold Coast, Tubman was born into slavery on the Eastern Shore of Maryland but refused to spend her life in bondage. While still a young woman she embarked on a perilous journey of self-liberation—and then, having won her own freedom, she returned again and again to liberate family and friends, tapping into the Underground Railroad.

Davis will also be serving as executive producer with her husband Julius Tennon and their company JuVee Productions. HBO has also teamed up with writer Kirk Ellis, producer Doug Ellin and Steven Spielberg’s Amblin TV for the project.

There’s no word on a production schedule for the biopic, but this isn’t the first time Hollywood has tackled the story of Harriet Tubman and the Underground Railroad. In 1978, Cicely Tyson starred as Harriet Tubman in the NBC miniseries “A Woman Called Moses.” And, earlier this month, WGN announced a 10-episode miniseries, “Underground,” starring Christopher Meloni and Jurnee Smollett-Bell, with Kanye West serving as musical consultant. NBC will also be airing an 8-hour Underground Railroad miniseries and musical, “Freedom Run.” Stevie Wonder will be the music consultant for this project.