Watch a Trailer for ‘Pitch.’ An Upcoming FOX Series About the First Woman to Play in Major League Baseball. 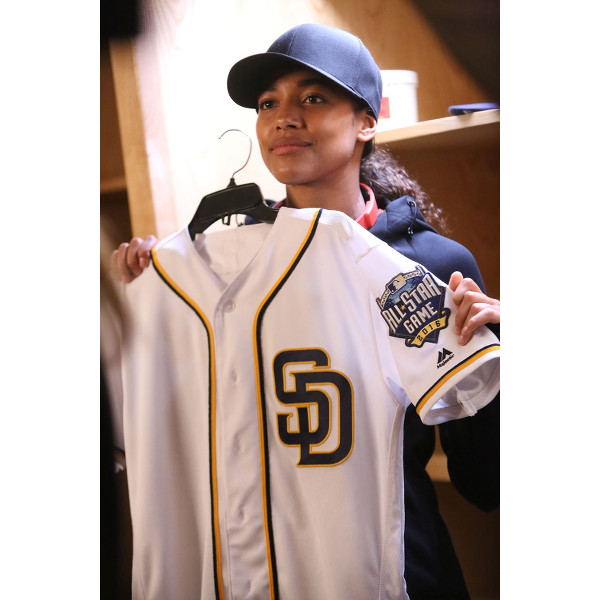 Canadian model/actress Kylie Bunbury stars in Pitch, a new series about the first woman to break the gender barrier in Major League baseball.

According to creator Dan Fogelman, the series will focus on behind the scenes drama by exploring “friendships, love, success and fame.” Fogelman, who happens to be a big baseball fan (he roots for the Mets), also managed a creative partnership with Major League Baseball, which will be working with the network and studio. The deal gives Pitch exclusive access to the league’s teams, uniforms, players, stadiums and more. The MLB will also be on hand to offer expertise and consulting.

Bunbury, who comes from a family of athletes, was cast before the show’s details were even worked out. According to the serie creators, she is a natural athlete and a quick learner.

“She’s the real thing,” says Fogelman. “She’s throwing from 60-feet-six-inches away [the distance from the mound to the plate in MLB] and throwing with velocity and accuracy. It’s really impressive.”

The impressive career of Little League star Mo’ne Davis also served as inspiration for the show.