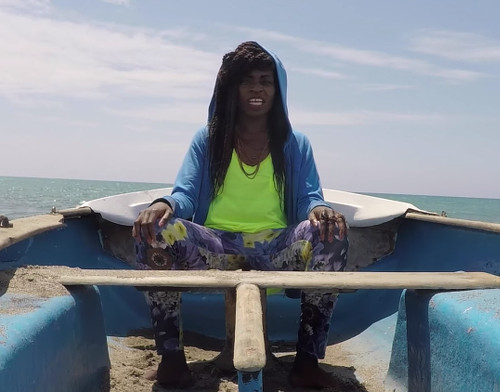 Liberian-Italian singer and beatmaker Karima 2G recently premiered this exclusive video in honor of World Refugee Day, exclusively with OkayAfrica. World Refugee Day was established in 2000 by the United Nations General Assembly as a way to draw attention to the plight of refugees all over the world.


Earlier this year, the world watched as European media confirmed the deaths of over 700 migrants in what was considered one of the deadliest migrant disasters in European history. While politicians came together to discuss the crisis, migrants continue to perish with little support from the nations they come from or the nations they are striving to reach.

“This song was written in memory of all those Refugees and Migrants who are in Europe still suffering and dying at our borders,” Karima tells OkayAfrica via email. “Prime Ministers and Politicians all over Europe are not willing to search for solutions to one of the biggest tragedies of our time: the suffering and dying of thousands of refugees in the Mediterranean Sea. These people fled from war and hunger, they struggle for a better Life. We must remember the refugees who passed  away by fighting for their rights! I believe that Italy cannot do it on it Own. Is time for the EU institutions to take Action!”

Listen To This. Liberian-Italian MC Karima Blends Genres Across the Diaspora with ‘Bantu Juke.’