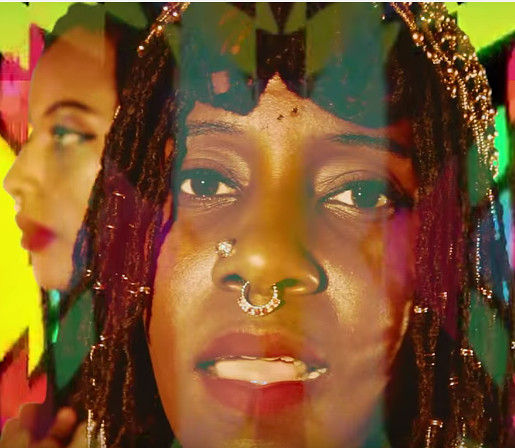 Last summer we shared “Lady Mary, The Fire/Pars Una,” from Austin, Texas-based artist and songstress Francine Thirteen. The track was the first release from her then forthcoming project 4 Marys and The King.

According to Francine, 4 Marys and The King “is a dystopian album inspired by the characters in Nina Simone’s iconic song, Four Women and by the themes in Octavia Butler’s classic novel, Parable of The Sower. It explores the power of female archetypes to interrupt and dismantle the status quo. Respectively, the 4 Marys represent the powers of earth, air, water, and fire. As such, I also refer to the project as a sonic book of shadows. Lady Mary is the fire, and uses her gifts of intuition/beauty/sex appeal to acquire the King’s favor and her own personal wealth. Unbeknownst to most people at court, she uses these same gifts to conspire against him.”

In her latest release, “Lady Mary, The Lord and Spark,” Thirteen employs dreamy, trippy visuals to explore the Madonna-Whore complex through Lady Mary’s point of view.

“Lady Mary would be the king’s mistress,” she says. “Queen Mary is the king’s wife. Sister Mary is his sister, Mother Mary is his mother, obviously. Each woman enslaved by the king, but each woman also has the unique ability to manipulate the king because of her relationship with him. Lady Mary is the classic sacred whore character. She’s able to use her feminine wiles to maneuver at court.”