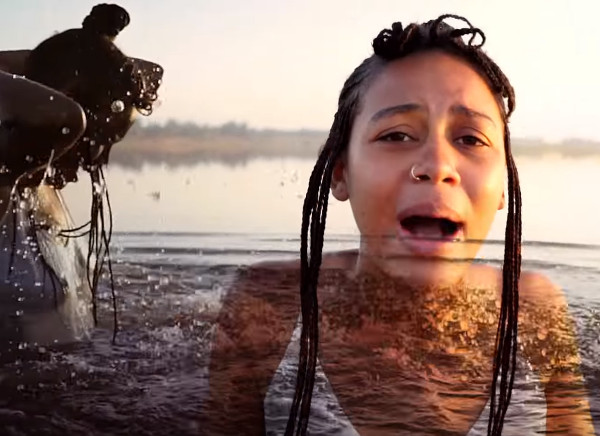 Standing in Senegal’s Lake Retba or Lac Rose/The Pink Lake, South African writer and lyricist Maya The Poet recites her latest work “Sometimes It Pours.” The artist, who has born in South Africa, and has lived in Tanzania, and the United States, currently calls Senegal home. The piece recalls the racial trauma and discrimination that Maya had experienced both in Africa and the United States.


Her experiences motivated her to the piece, which she tells OkayAfrica, is all about Microagressions,

The immediate motivation is I woke up one day at three in the morning, and for some reason, I was just being haunted by this instance that had happened after I had been arrested by some racist cops in Massachusetts. I was in court and I remember I was nervous, I was scared, and I didn’t say what I would’ve wanted to say. And so, I had one evening, for some reason, it just wouldn’t leave me alone. It was just nagging me and all the other instances where I’ve experienced racism and haven’t reacted in the way that I wanted to. Because I’m the kind of person, who, after things have happened–even the smallest of interactions– afterwards I’m picking them apart thinking about what I should’ve said and what I should’ve done. So that happened to me one night. It just wouldn’t leave me alone and I was really quite emotional about it. So I wrote this poem because I wanted to forgive myself. I thought, this is really too much, like, how can it always be the fault of the victim? How we respond to microaggressions and other forms of discrimination. As opposed to it being the problem that the discrimination exists.