Watch This. Keke Palmer Alongside Emma Roberts, Ariana Grande, Lea Michele, and More In the Official Trailer For Scream Queens. 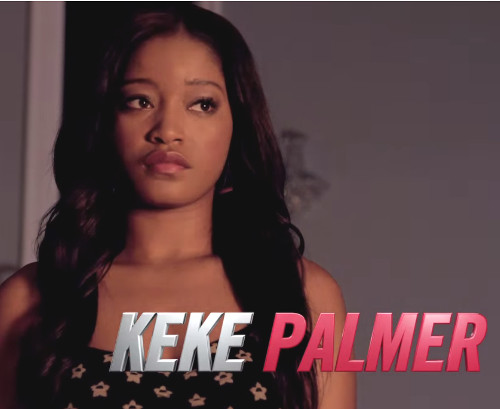 The official trailer for the upcoming Fox show “Scream Queens” just dropped, and it looks to be as funny as it is thrilling. The show centers around a sorority house, which was the site of a gruesome murder 20 years earlier. Now, a mystery figure is back for revenge.

“Zayday is not the cookie cutter type,” Palmer recently told International Business Times of her character in the upcoming Fox horror comedy anthology series. “Zayday is from Oakland. She’s a very cool type of chick, she’s got a lot of spunk to her and she’s also very intelligent.”

The 21-year-old actress also describes her character as having “a lot of ambition” and having “dreams of being in politics one day.”

She also describes Zayday as being a “mix between Michelle Obama and Beyoncé.”

Niecy Nash will also appear in “Scream Queens,” providing some much needed comic relief to the series that Keke Palmer describes as, “your favorite horror movie mixed with ‘Mean Girls.'”.

Scream Queens airs on Tuesdays, this fall, on FOX.