Why Pigs Painted Yellow Are A Sign of Resistance in Uganda. 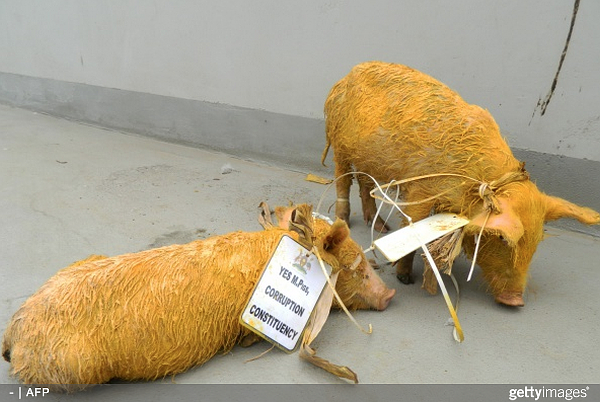 This past February, two leaders of the Jobless Brotherhood, a part of a growing youth protest movement in Uganda, opened a crate let 3 pigs loose on the streets of Kampala’s Financial District. The pigs weren’t just ordinary livestock — covered in yellow paint and with one sporting a straw hat, they are tool of protest and resistance. Their distinctive yellow color also happens to be the color of National Resistance Movement, the ruling political party in the country.


For years, the Jobless Brotherhood has been actively demonstrating to bring attention to the dire predicament plaguing Uganda’s youth. The country which boasts one of the highest proportions of people aged 15-24 in the world, also carries a staggering rate of unemployment for that demographic. Approximately 83% of the youth in Uganda are unemployed.

One of the Jobless Brotherhood’s pigs sports a sign that reads “You have the money and the army for 30 years, we have no jobs in a corrupt regime!!!” This is the sixth time the group has pulled the pig stunt. Last summer Mayanja and Tumuhimbise were arrested and held, pending a terrorism investigation, after they managed to let two pigs loose in Uganda’s Parliament. 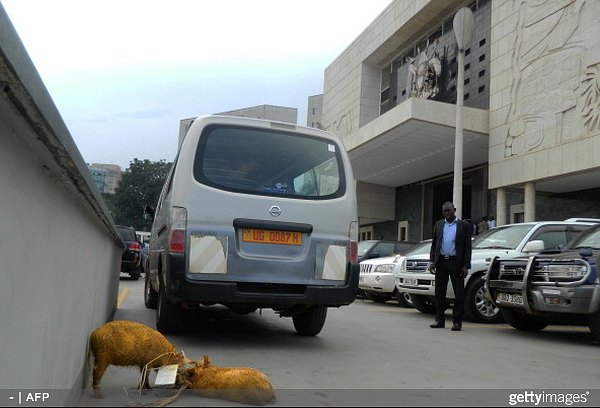 “When a pig is hungry, it will eat its own piglets,” Tumuhimbise says, wearing a beret and a t-shirt with ‘Young, Wild and Free’ printed in neon colors. “Our government has become greedy like a pig and so we are telling our brothers and sisters that our problems can only be solved by us.”

While protesting is not widespread or common in Uganda, another activism group, Unemployed Youth, is also speaking out about government greed and the lack of opportunities for Uganda’s young people. Members of the group were arrested in January after being caught trying to deliver chickens to President Yoweri Museveni.

The use of livestock for the purposes protest is a fitting one. For many disenfranchised people all over the world, livestock are the key to prosperity and financial independence, and can secure income for generations.