‘You don’t know what their reasons are’. Pregnant Woman Confronts Anti-Abortion Protestors. 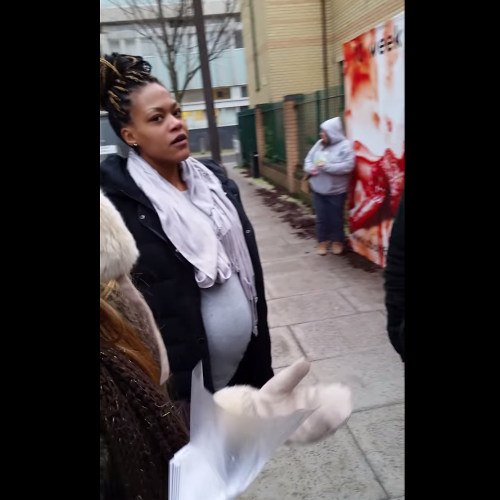 In the video below a passerby, a pregnant woman, confronts protestors outside a health services clinic in London, who were accused of filming women going into the facility, in order to intimidate them. She points out that the clinic, which is in same area as Kids Company, an organization that provides assistance for vulnerable children in inner cities, helps people at risk. She also calls them hypocrites, asserting that their protesting doesn’t help anyone, it actually hurts those in need, referring to a recent incident, in which a dead infant was found in a trash bin in North Yorkshire.


“There was a baby on the news that got found in the bin.”

“Maybe if their mum didn’t feel that way because of people like you, that baby wouldn’t have died.”

“You think it’s better for them to get rid of it at ten weeks (in the womb) or to actually go through with the birth and then kill the child?”

She leaves the protestors speechless. Watch below.