Zara Employee Says That She Was Humiliated For Wearing Braids to Work. 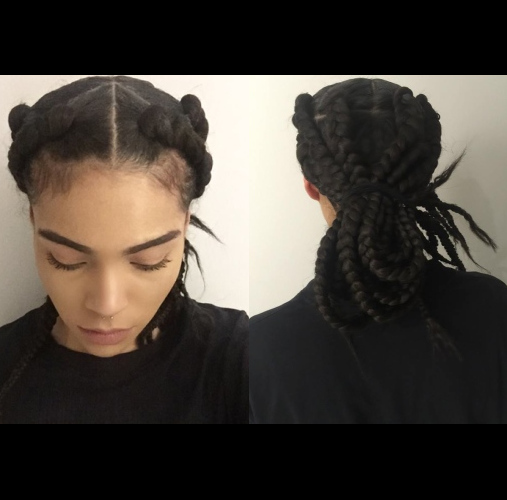 An employee at a Zara store in Toronto, Canada says that she was openly discriminated against for wearing her hair in braids to work.

Twenty-year-old Cree Ballah says that she came into work on March 23, wearing her hair in box braids which were pulled back. According to Ballah, a manager soon took her aside, outside of the the store told her take her hair down. A second manager was also called in, and they proceeded to try to “fix” her hair, in full view of the other employees. Ballah says that she was told that her style was not representative of the “clean, professional look” required to work at a Zara store. She described the experience as “humiliating” and “unprofessional.”

“My hair type is also linked to my race, so to me, I felt like it was direct discrimination against my ethnicity in the sense of what comes along with it,” said Ballah, who describes herself as bi-racial.

“My hair type is out of my control and I try to control it to the best of my ability, which wasn’t up to standard for Zara.”

The alleged incident marks yet another racial controversy for the Spanish chain store. Last year, a published report, featured claims from employees that they were encouraged to profile black shoppers. Zara condemned the report and vehemently refuted the statements.

According to CBC news, Ballah ended up meeting with higher ups at the company but she wasn’t satisfied with how the situation was handled. She will most likely by filing a complaint with the Ontario Human Rights Commission.

In a written statement, Zara said that it “engaged directly” with Ballah over the hair issue and also stressed that Zara is “diverse and multicultural.” The statement also said that Zara has no formal hair policy in place for employees.