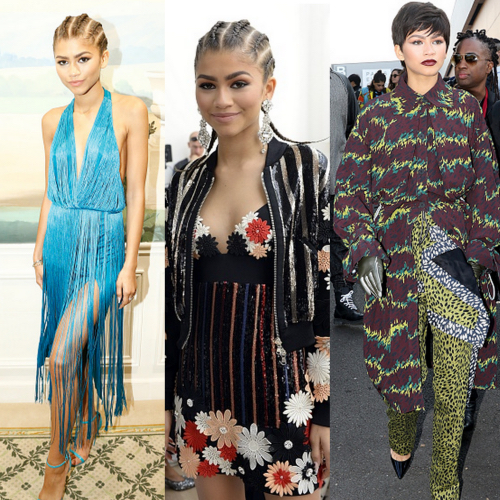 Zendaya recently touched down in Paris for her first fashion week and was greeted by throngs of adoring fans.

In addition to exploring the city and its fashion, the young star has also switched up her look several times. Over the past few days, she stepped out in wigs and braids, and a variety of cuts, prints, and patterns.

At an event for Hunger Magazine and Vivienne Westwood.