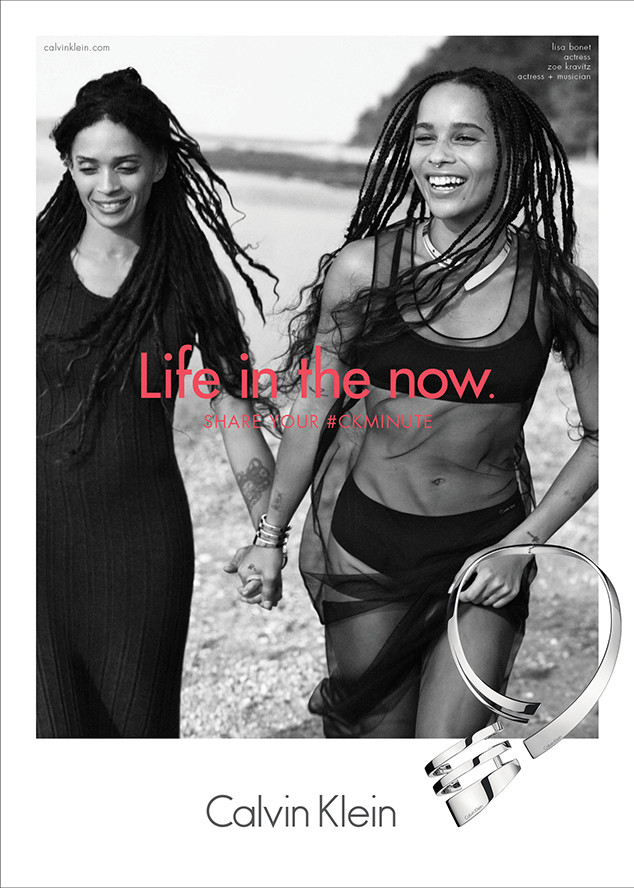 Actresses Zoë Kravitz and Lisa Bonet looking stunning, and fresh-faced in these new ads for Calvin Klein, shot by noted feminist photographer Cass Bird. The ad is one of many for the brand’s new Watches + Jewelry spring 2016 campaign.

Will Peltz, who starred in the 2011 Justin Timberlake movie In Time, alongside his girlfriend, model Kenya Kinski also feature in ads for the campaign. Other ad stars include model couple John Hein and Tilda Lindstam and Korean model and actor Kim Woo Bin and his friend, Chinese model and street style star Xiao Wen Ju.

In the accompanying campaign video, the mother daughter duo go wading in a lake as Kravitz sports a black bikini and coverup and Bonet wears a long black dress.