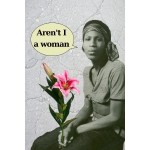 Naomi Moyer is an artist and a native of Vancouver, Canada, who currently lives and works in Toronto. Her Etsy shop, élastique, sells original postcards, which employ retro images, and feature funny, but biting, messages that address white supremacy. Moyer, who has worked in many mediums, drew the inspiration to create the cards from the work of a popular artist.


“My inspiration came from Anne Taintor, a collage artist. I remember seeing her cards and magnets in a vintage boutique in Vancouver more than a decade ago. Her images mostly represent white, domesticated women from the 50’s and 60’s. Right then, I was inspired to illustrate how the black experience fit into that time period. I got a few ideas but, at the time, I didn’t consider myself an artist. I thought someone will eventually get a similar idea and do something with it – but no one ever did. I felt an obligation to follow through with an old idea and the postcards are a product of that.”

As for the statements on the cards, Moyer says,

“Humor is a fantastic way to get us talking, it somehow makes discussing traumatic events we encounter accessible. I believe some of the most hilarious people are those who deal with a lot of pain.

And though Naomi Moyer hails from Canada, her cards definitely express the universality of the black experience, especially for those of us living in the West.”

“The black experience influences my work and my emotional responses within it. Anyone who shares Black experiences can inspire me whether they are a notorious historical figure like Zora Neale Hurston or a janitor cleaning up the library I went to last week.”

“My postcards definitely speak to many aspects of Black Canadian identity. Canada has its own history of oppressing Black people. African Diasporas share just as many commonalities as we do differences and I would like to think that my postcards resonate with Black identified folks without exception.” 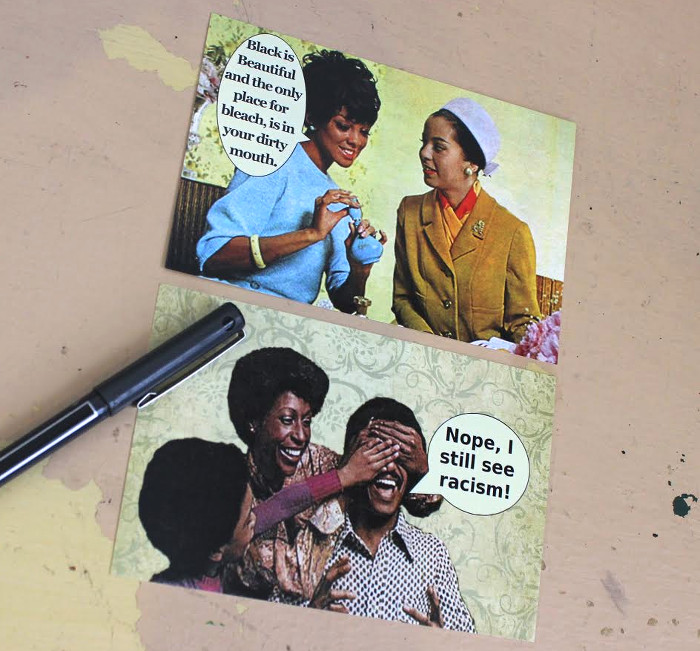