Issa Rae is Tired of Being Asked About Black Experience. ‘What if I’m not mad today?’ 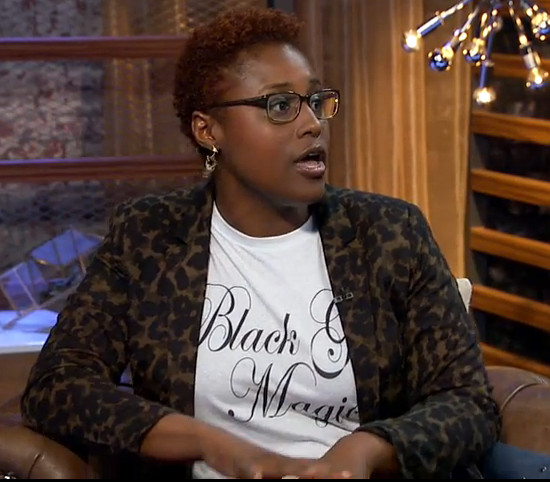 Last week, Shonda Rhimes stated in an acceptance speech, that the diverse casting choices in her hit ABC shows were simply a normal decision, not worthy of constant discussion.


Issa Rae echoed those comments over the weekend when speaking with the Huffington Post.

[Rhimes is] absolutely right that this is normal, that’s a normal part of American society, so it makes sense that diversity should be represented on television. But I do get tired of being asked to constantly speak about the black experience. If I’m writing an article, it’s like, ‘Hey, we love your writing, we just want you to talk about being black and why you’re mad about it.’ And that’s frustrating. I’m like, what if I’m not mad today?

While her hit web series “The Misadventures of Awkward Black Girl” helped to jumpstart her career, Rae is still working hard and hustling to create more opportunities for herself. To constantly ask her to comment on race and only race, is rather reductive. I’m hoping her upcoming HBO show will be a huge hit.

The writer, actor, and producer also had some funny observations about Hillary Clinton,