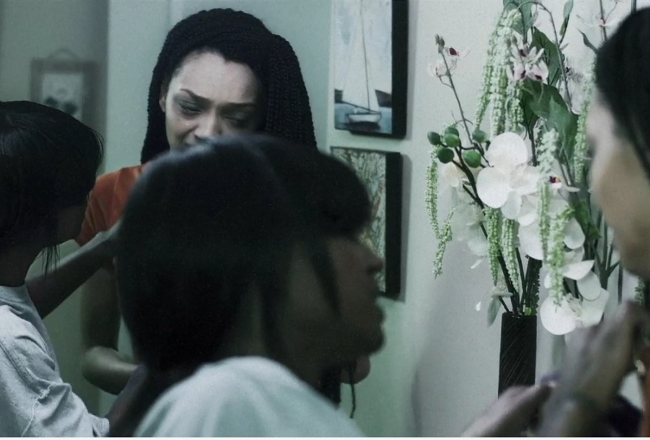 
Cultural standards, as well assumptions and stereotypes deeply affect how young black girls and women are diagnosed and treated for disordered eating.

In a new short film titled “The B Word”, twin sisters, filmmakers and business partners Nakisha Celistan and Nichole Aliece Celistan draw from their own experiences to depict two young African-American sisters in turmoil.

“THE B WORD” is a cinematic short narrative depicting two sisters on conflicting paths; both leading to a destructive cycle of fear, blame and uncertainty. The story is set around the disease of “Bulimia Nervosa”, and how it’s debilitating factors can transform a sisterly bond into one of dysfunction; ultimately becoming unhealthy and toxic.

The film recently screened at The San Francisco Black Film Festival. Watch a short trailer below.

The B Word Trailer from A Celistan & Co. Films on Vimeo.

Watch the sisters talk about the film and their experiences in an interview at the San Francisco Black Film Festival.

“Things I Wish I Could Tell My Mom.” On Bodyshaming, Self-Hatred and the Often Complicated Relationship Between Black Mothers and Daughters.