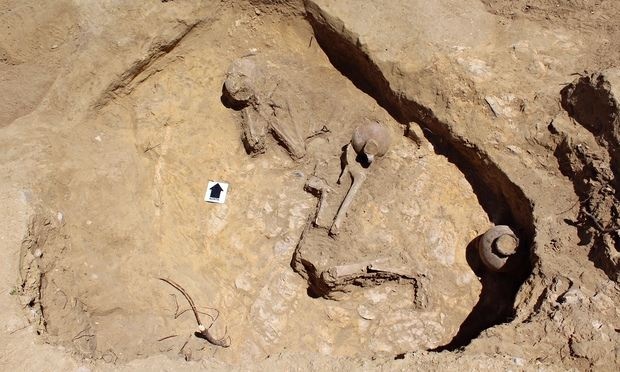 When Louise Schofield, a an archaeologist and former curator at the British Museum, first arrived in Ethiopia to study the story of the Queen of Sheba, she never imagined that she would end up making a discovery that would help to unlock the mystery of the history of civilization as we know it.


Schofield discovered the 2,000 year-old remains of a sleeping woman in an area which is considered to be part of what was once the ancient Kingdom of Aksum. The Aksumite Empire, was located in area that encompasses modern-day Ethiopia and Eritrea. The Empire was a trading nation, which had its own currency, and existed from approximately 100 to 940 AD.

According to CNN, the remains, which appear to be a woman in a relaxed, sleeping position, were “surrounded with glass vessels (to catch the tears of the dead), as well as a bronze cosmetics spoon and a lump of kohl eyeliner.”

Schofield states the items buried with the body indicate that this woman was very wealthy.

The excavation also uncovered graves thought to be the remains of warriors from the same kingdom, as well various forms of finery, including Roman-era perfume flask.

Art. French Street Artist YZ Pays Homage to the Warrior Women of Dahomey on the Walls of Senegal.