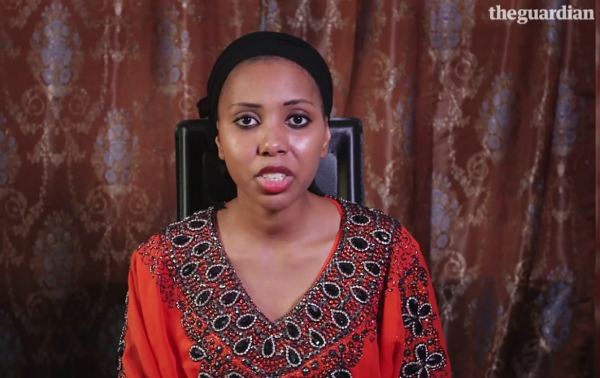 Jaha Dukureh is a 24 year old activist based in Georgia. Dukureh experienced Female Gential Mutilation (FGM) as an infant in her native Gambia. After coming to the United States she was subject to a forced marriage in New York at the age of 15, before finally escaping to Georgia where she lives with her second husband and children. Jaha Dukureh experiences inspired her to spearhead a petition and media campaign to call for President Obama to commission a study to re-examine FGM numbers in the United States.


A 1997 study by The Centers for Disease Control and Prevention, approximates 168,000 women and girls either had or were at risk for FGM.

According to the petition started by Dukureh,

Many in the US hear about FGM and think it only happens in far away lands. Unfortunately, this is far from reality. I hear from girls everyday that were born here in the United States who have been through FGM. These young women are your average American teenagers — some of them you know, some of them you went or go to school with. And there are many more girls in the US that are at risk of being cut. The practice of FGM is illegal in the US but girls are being taken to other countries, usually their parents’ country of origin where they are cut in what is now known as “vacation cutting.”

While President Obama did sign the Transport for Female Genital Mutilation Act in 2013, an act which makes it illegal for young girls in the United States to be taken out of the country for FGM, young women like Jaha Dukureh feel that there is not enough is being done to protect young women and girls from this practice within the U.S. Dukureh’s petition is currently over 47,000 signatures strong, support her efforts here.

On the Red Carpet. Nicki Minaj, Jaha Dukureh, and Ibtihaj Muhammad Shine at the Time 100 Gala.