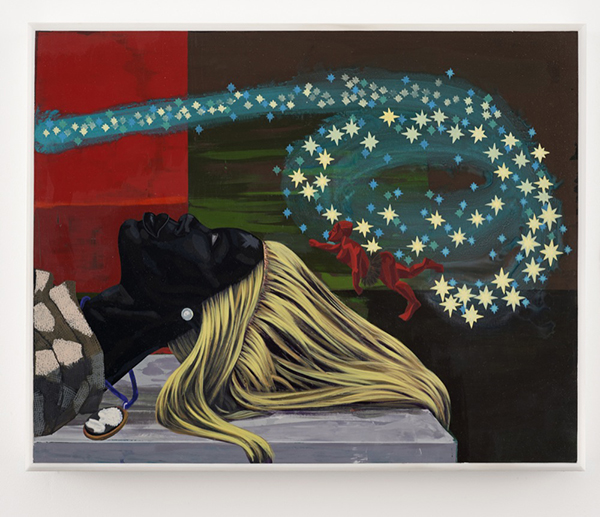 Kerry James Marshall is an African-American artist who has been creating his works in a distinctive style for nearly 40 years. Much of his work is heavily influenced by the Black Power and Civil Rights movements as a result of his time spent in Watts, California as a youth.


Marshall currently lives and works in Chicago, Illinois. His first show with David Zwirner Gallery in New York is currently on view from now until November 22, 2014.

From a press release,

For his first show with David Zwirner, Marshall will present new paintings that collectively examine notions of observing, witnessing, and exhibiting. While central to the relationship between viewer and artwork, these overarching concepts are typically steeped in conventions that render them passive acts. Yet, Marshall’s works subtly defy genre expectations and invite idiosyncratic, often ambiguous interpretations. Entitled Look See, the exhibition takes its point of departure in the etymological difference between looking and seeing, which embodies varying degrees of attentiveness. While “looking” is generally understood to be a removed, detached action, “seeing” involves perception and making connections between elements.

Works on view depict a series of characters amid ornate backdrops and dressed in outfits designed specifically for the paintings over a period of several years. Many emphasize the idea of display, such as Untitled (Crowning Moment), Marshall’s portrait of a young woman wearing an elaborate headband—based on a news photograph of a contestant putting on the winning crown at a beauty pageant—and Untitled (Beach Towel) in which the reclining female in a garden setting looks past the viewer to a camera not visible in the composition. In Untitled (Club Couple), a smiling couple poses blatantly as the male figure implicates the viewer in his plans by showing a small box with an engagement ring behind his girlfriend’s back. The exhibitionism inherent in such paintings—putting oneself on view—echoes the notion of pure presentation that runs throughout the artist’s new works. Marshall’s characters offer themselves to be looked at or are actively engaged with looking at something, including themselves. 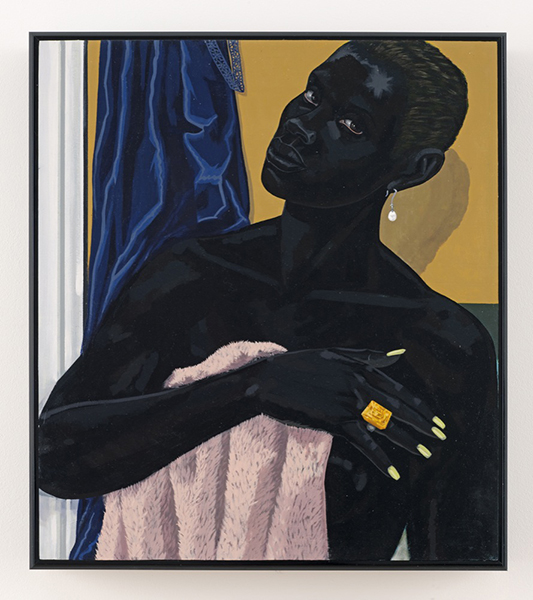 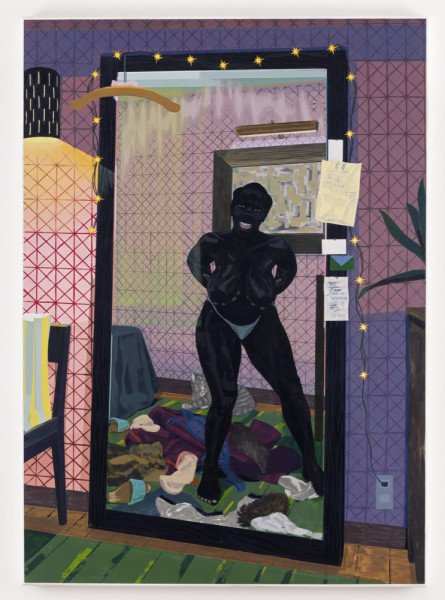 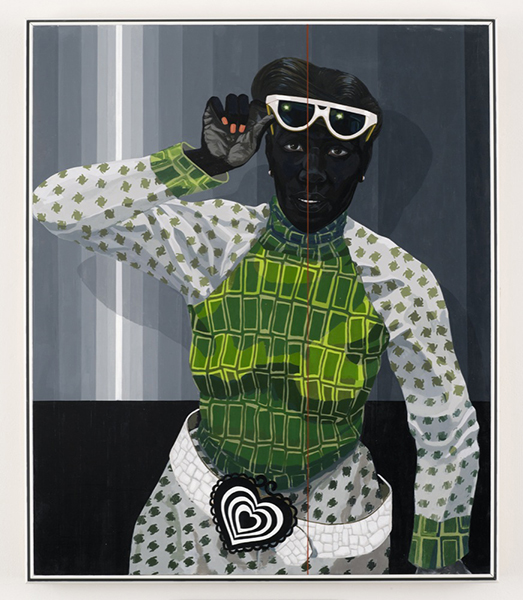