Filmmaker Alice Smeets collaborated with Atis Rezistans, a collective of artists based in Haiti to recreate scenes from traditional tarot cards using the everyday items around them.

“The spirit of the Ghetto Tarot project is the inspiration to turn negative into positive while playing. The group of artists ‘Atiz Rezistans’ use trash to create art with their own visions that are a reflection of the beauty they see hidden within the waste. They are claiming the word ‘Ghetto,’ thus freeing themselves of its depreciating undertone and turning it into something beautiful.”

Funding for the project was obtained through an Indiegogo campaign. You can also purchase a deck for the cards for 32 Euro, which is roughly 36 American dollars. 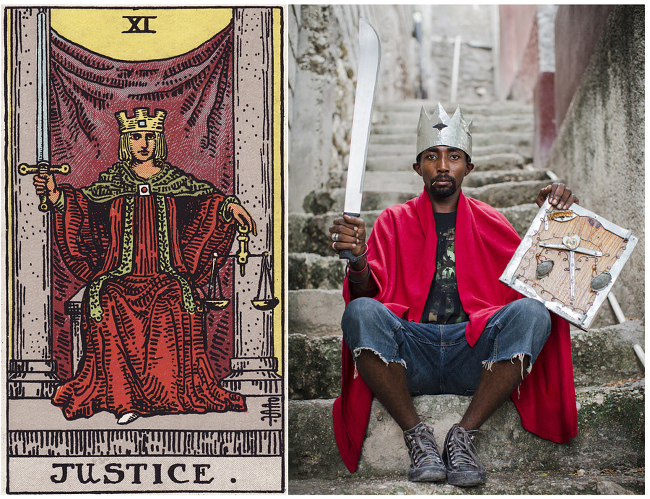 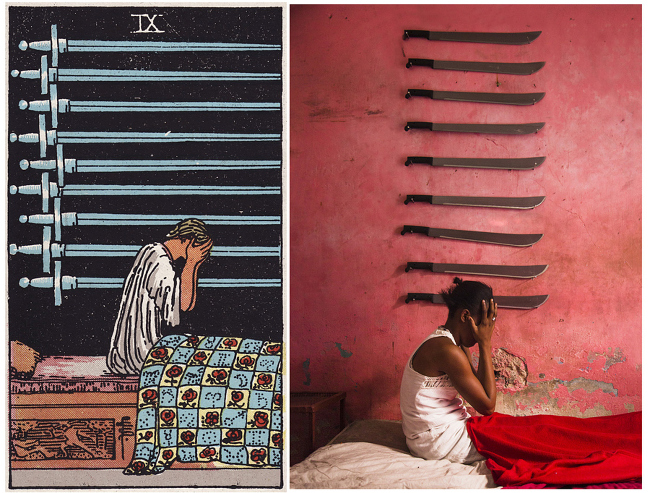 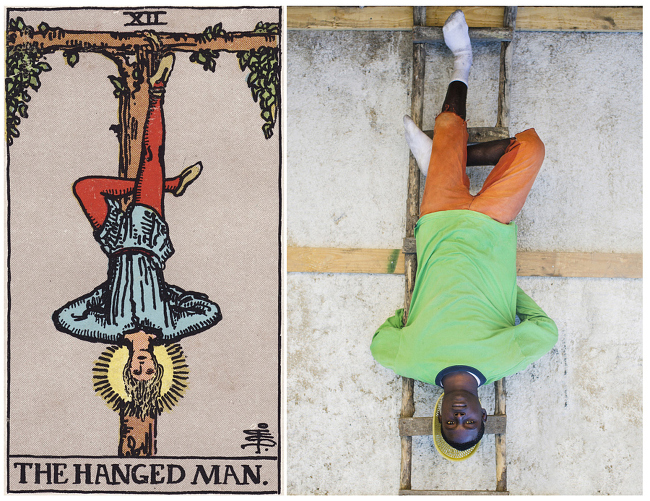 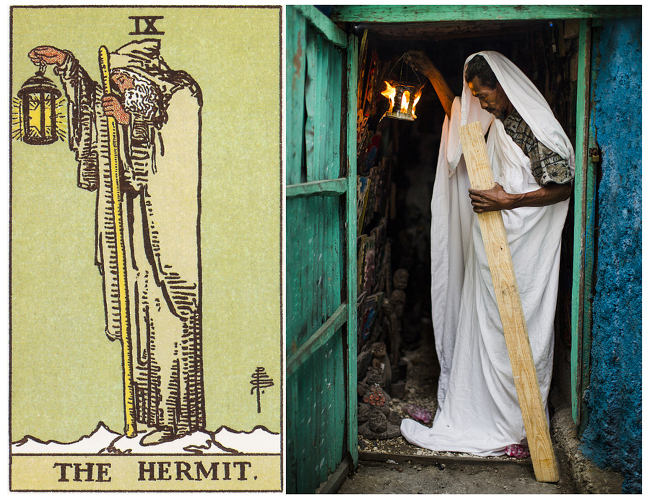 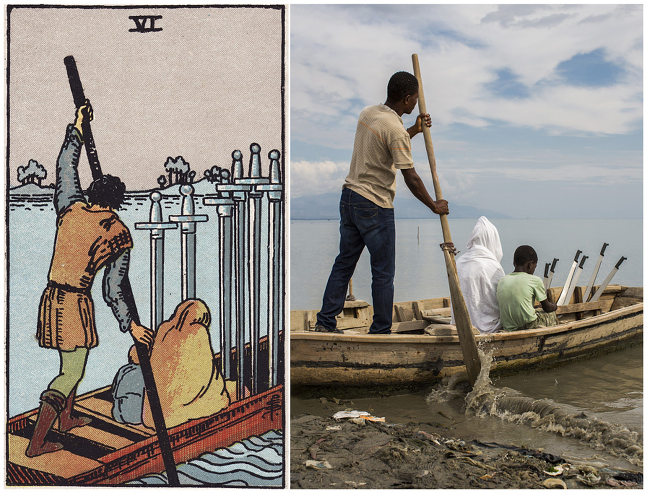 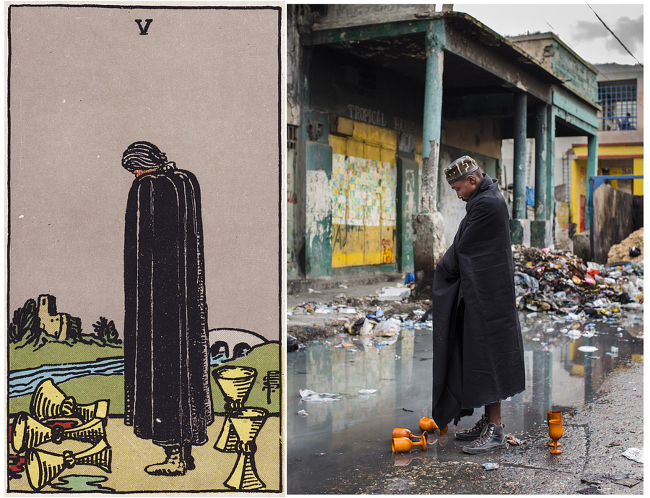 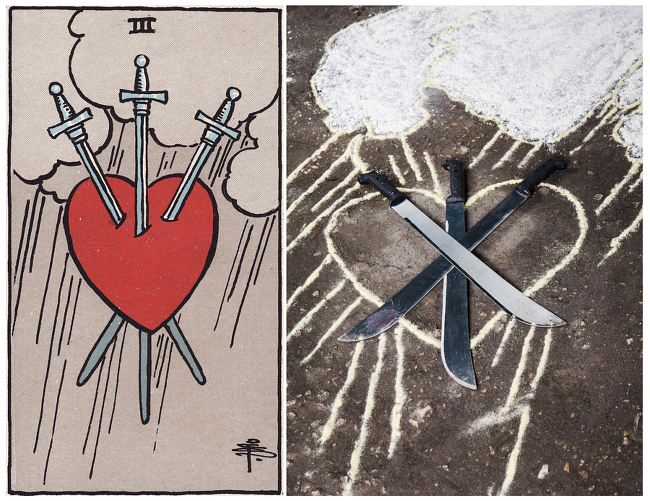