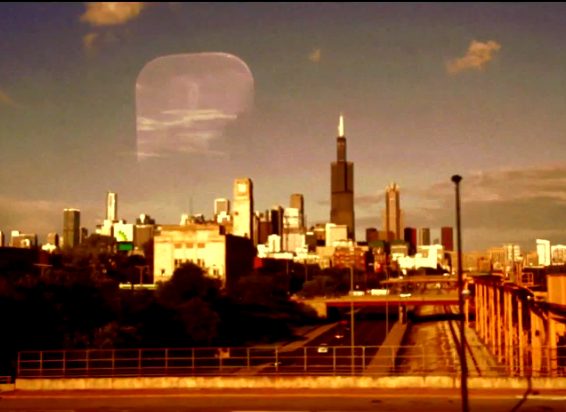 
According the the films creators,

“Chi-Voices” a Poetic Film Series inspired after the death of Jonylah Watkins, the 6-month baby in March of 2013. Chi~Voices is a media project with six premier poets who creatively express their personal experiences with violence in their communities through Spoken Word and Film. With the project, we aim to showcase personal stories directly from citizens of the community, not politicians, corporations, or news media. Our intention is to showcase the film series to show how violence effects our environment, economy, and humanity.

We chose to use Spoken Word and Film as our creative platform because today’s generation is all about images, what we can visually see and understand. The art of Spoken Word will be incorporated because Chicago specifically has a strong underground poetry scene that has yet to other parts of the city as well as the country. All of the poets featured in the series heavily explore violence in their work.

The Chi~Voices team will target all constituents, particularly at-risk youth urging them to utilize their talents to make a positive impact in the world around them and to leave a legacy of good and not evil. Through our partner, The BRIJ Fund, Chi~Voices was able to collaborate with the Institute For Positive Living (IPL) in the Bronzeville, a southside neighborhood of Chicago. A few of the poets from Chi~Voices held poetry workshops to help increase the literacy and performance skill sets of the youth in the Youth Working For Success program at IPL. Currently, Shiri Burson (Director of Chi~Voices) is putting the pieces created by the youth at IPL together to make one solid poem. A few of those youth at IPL will also be featured in the series as well.

Check out a trailer for this upcoming film.