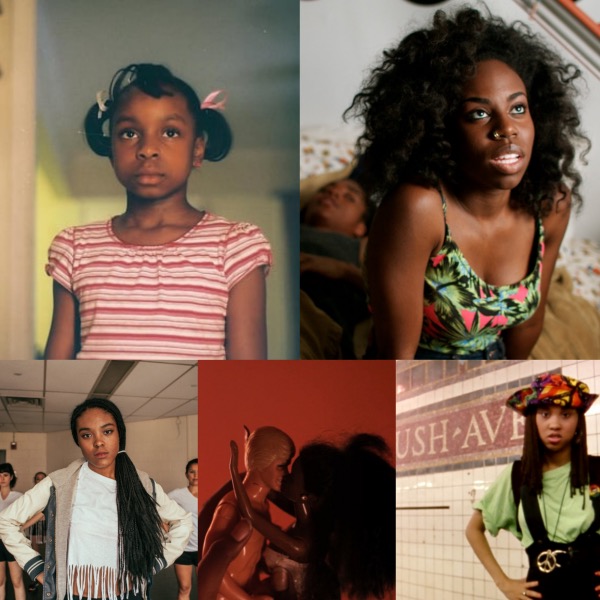 India is a high school senior living in Brooklyn, she’s gotten a full scholarship to Brown University and is a model student, good daughter, fun best friend and loving girlfriend. On the outside, she seems to be living the teenage dream. However, it is all a lie. Internally, she is tormented, and hides a secret that threatens to end her most important relationships. She finally gains the courage to reveal her double life but discovers something that shatters her world completely.

After a successful crowdfunding campaign Late Expectations has finally been completed. For screening information and updates go to www.LateExpectationsFilm.com. Watch a Trailer Below.

“Written and directed by filmmaker Eliciana Nascimento, Summer of Gods is a short film that stars a young Afro Brazilian girl as she tries to explore her history. The film, which has drawn some comparisons to Beasts of The Southern Wild, mixes fantasy and history through the use of Yoruba folklore.”

Summer of Gods is currently screening at several film festivals, but you can purchase the DVD or online streaming access at www.TheSummerofGods.com.

Created by filmmaker Stefani Saintonge, “Seventh Grade” is an award-winning short film and a coming-of-age story about a young black girl dealing with sex and sexuality. Its synopsis states: “Everyone is growing up except Patrice. But when a raunchy rumor threatens her best friend’s reputation, she’s forced to join the party and embrace adolescence.”

Watch the short film, in its entirety, below.

Just Another Girl on the I.R.T.

Written and directed by Leslie Harris, Just Another Girl on the I.R.T is an honest and raw indie picture.

Chantel Mitchell (Ariyan Johnson), a hip, articulate, black high-school girl in Brooklyn, is determined not to become “just another girl on the IRT” (the IRT is one of NYC’s subway lines). She dreams of medical school, a family, and an escape from the generational poverty and street-corner life her friends seem to have accepted as their lot. But personal and sexual challenges confront Chantel on her way to fulfilling these dreams.

Check out a trailer for the film below, you can stream or purchase it on Amazon.

A Brooklyn teenager juggles conflicting identities and risks friendship, heartbreak, and family in a desperate search for sexual expression.

Selah, and the Spades

“Created by photographer, filmmaker and artist Tayarisha Poe, Selah, and the Spades is a multimedia, multipart film that incorporates film, short stories, photography, music, and social media to create a hazy, yet, realistic glimpse into the life of Selah, a young black girl in a small town, who is learning to define herself, and critique the world around her.”

Check out a trailer for the film below, and watch the entire project at www.selahandthespades.com.

Queen of Glory is an offbeat dark comedy starring rising star Nana Mensah as the conflicted American child of immigrants.

Queen of Glory” is the story of Sarah Obeng, the brilliant child of Ghanaian immigrants, who is quitting her Ivy League PhD program to follow her married lover to Ohio. When her mother dies suddenly, she bequeaths her daughter a Christian bookstore in the Pelham Parkway section of the Bronx where Sarah was raised. A follow-up on the classic immigrant’s tale, Queen of Glory provokes laughter and empathy, as its heroine is reborn through her inheritance.

After a successful crowdfunding campaign, the film is currently screening on the film festival circuit. Watch a trailer below, and follow Queen of Glory on Facebook for updates.

“FRIED ICE CREAM follows AKEEBAH & SLOAN, two mix-matched peas in a pod living and finding themselves in the summer solstice of inner-city Atlanta. Faced with ultimatums by their parental figures and Sallie Mae to work summer jobs to afford their last semester in college, they arbitrarily become ice-cream truck drivers in West End Atlanta. Quirky adventures ensue when their entrepreneurial spirits become hallucinogenic.

Colorful, whimsical, and dark, the film will nostalgically explore the turbulence and beauty of maturing in a neighborhood filled with the ups and downs.”

Fried Ice Cream is currently in production, follow the The House of June, on Facebook for updates. Watch a concept trailer below.

The Summer Is Ours from House of June on Vimeo.

Say Grace Before Drowning is an award-winning short film by Nikyatu Jusu.

After meeting her African Refugee mother for the first time in six years, 8 year old Hawa is forced to coexist with a woman teetering on the brink of insanity.

Watch the film in its entirety below.

This quintessential African-American film was written and directed by Kasi Lemmons and features a star-studded cast. While it deals with overtly adult themes, the story centers on a young protagonist.

The story is set in 1962 Louisiana. The Batiste family is headed by charming doctor Louis. Though he is married to beautiful Roz, he has a weakness for attractive female patients. One night Louis trysts with married and sexy Metty Mereaux, not knowing that he is observed by his youngest daughter Eve, who is there by accident. Eve can not forget the traumatic incident and shares a secret with older sister Cisely.

Watch it on Amazon, iTunes, and Netflix DVD.