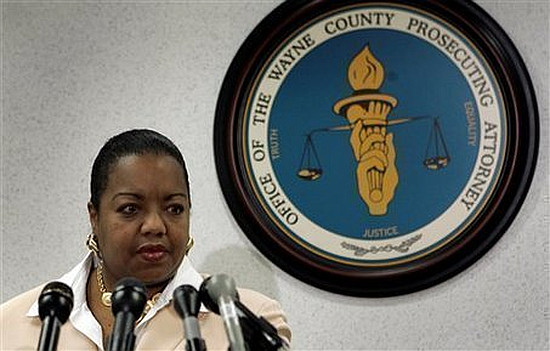 Five years ago, Detroit’s Wayne County Prosecutor’s office discovered over 11,000 untested rape kits in an abandoned warehouse. Since the discovery, Wayne County Prosecutor Kym Worthy has been fighting for years, to obtain funding that would allow the city to reduce the backlog. According to the Detroit Free Press, the small number of rape kits that have already been tested, have yielded valuable information,


Since discovering the old rape kits in 2009, local prosecutors have tested 2,000 of them and found a DNA match in 670 of those cases. From those kits, 188 serial rapists have been identified, including 15 who have been convicted. Among them is Shelly Andre Brooks, who is serving a life sentence for raping and murdering seven women — crimes that likely would have been prevented had the original rape kit from a previous assault been tested.

Despite the $4 million dollars in funds allocated by the State of Michigan, Detroit is still in need of funds to test the kits and to cover the costs associated with investigating the crimes and bringing criminals to justice. In order to raise the money, the Wayne County Prosecutor’s Office has joined forces with the Michigan Women’s Foundation for a campaign called Enough SAID. For more information, or to make a donation, visit Enough SAID online.