Erykah Badu Calls Out The Black Eyed Peas For Using Her Video Concept. 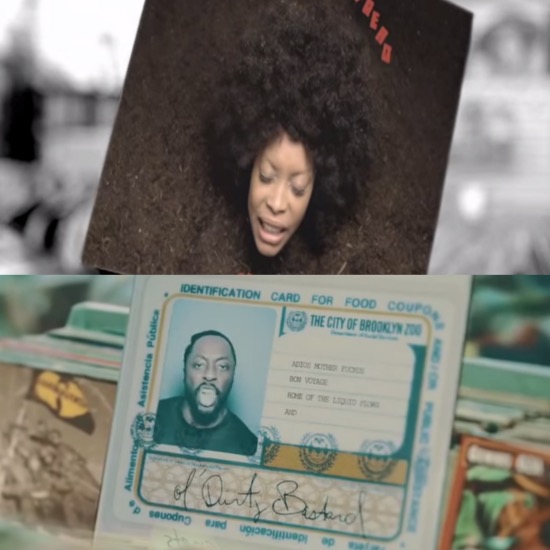 The current radio-friendly incarnation of the Black Eyed Peas is hardly what I’d call original, but it seems like Erykah Badu has a personal bone to pick with the group.


The pop outfit recently dropped their latest music video, which also served as the premiere for their single “Yesterday.” While the song definitely has a derivative sound, it turns out the music video concept isn’t all that original either.

The video, which pays homage to iconic Hip-hop albums, by featuring members of the group strolling through a record store and then appearing on animated versions of the covers of each album they pick up, looks eerily familiar. Back in 2008, Erykah Badu did a similar concept for her track “Honey.” The song served as the leaded single from her 2008 album New Amerykah Part One (4th World War). The video for “Honey” was co-directed by Badu along with Chris Robinson and racked up quite a few accolades. It won “Best Direction” at the 2008 MTV Video Music Awards and was nominated for three other VMAs. “Honey” was also nominated for “Best Short Form Music Video” at the 51st Grammy Awards, and won “Best Director” at the BET Awards. Needless to say, odds are The Black Eyed Peas are likely pretty familiar with the original. Badu alluded to the similarities via Twitter.

Watch the two music videos and see for yourself.