Filmmaker Ava DuVernay on Getting Ahead in Hollywood: ‘You gotta follow the white guys. Truly. They’ve got this thing wired.’ 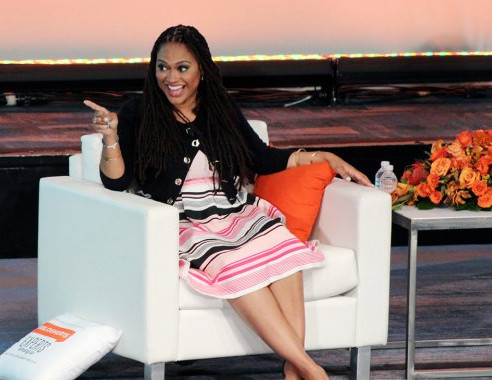 Filmmaker Ava DuVernay offered some candid advice for aspiring women in Hollywood over the weekend.


“You gotta follow the white guys. Truly. They’ve got this thing wired,” she said during her closing keynote speech at this year’s BlogHer conference. The conference aims to empower and advise women who are digital influencers and content creators.

“Too often, we live within their games, so why would you not study what works? Take away the bad stuff — because there’s a lot — and use the savvy interesting stuff and figure out how they can apply. It’s a good one for the ladies.”

DuVernay also discussed her decision not to direct the upcoming Marvel film Black Panther. The picture, which stars Chadwick Boseman and hits theaters in 2016, will be the first Marvel feature starring a black character. Earlier this year, rumors began to circulate that DuVernay was in talks to direct the project. Soon after, reports from an unverified source took off, claiming that she had been confirmed for the project. Major outlets even picked up the “news.”

“At one point, the answer was yes because I thought there was value in putting that kind of imagery into the culture in a worldwide, huge way, in a certain way: excitement, action, fun, all those things, and yet still be focused on a black man as a hero — that would be pretty revolutionary,” she continued. “These Marvel films go everywhere from Shanghai to Uganda, and nothing that I probably will make will reach that many people, so I found value in that. That’s how the conversations continued, because that’s what I was interested in. But everyone’s interested in different things.”

“What my name is on means something to me — these are my children,” she said of her body of work. “This is my art. This is what will live on after I’m gone. So it’s important to me that that be true to who I was in this moment. And if there’s too much compromise, it really wasn’t going to be an Ava DuVernay film.”

Despite her decision, she said that she would definitely be supporting the film,

“I think it should be good when it comes out. I’ll be there, watching.”

Quotes via The Hollywood Reporter.