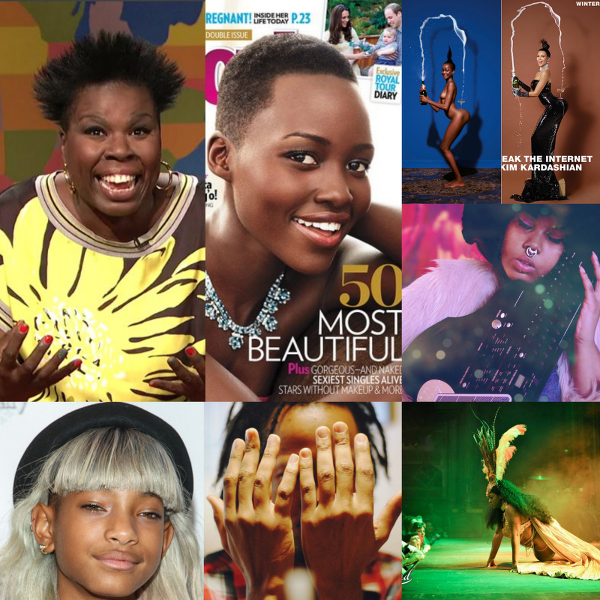 2014 was an amazing year for SUPER.selected. And it wouldn’t have been possible without a host of women contributing to the site. Here are some of our favorite reads.


Everyone Should Have A Special White Friend? Musings on Chimamanda Adichie’s “Americanah” Part 2. by musingandrea

We jumped at the chance to hang out for I hadn’t seen my “White Girlfriend” in weeks due to her always busy schedule. We arrived for dinner and as 10 o’clock dawned, the crowd grew larger and larger and by night’s end she was the only white folk in the hopping establishment. This wasn’t her first outing with the group of brown-skinned ladies but that night my friend definitely earned, well solidified, her “black card status.” She kicked it like one of the homies and loved every minute of it. I later joked with her “now you know how I feel, being the only black person at the party.” We all should have a special white friend like that?

“In America, You Are Black, Baby.” Musings on Chimamanda Adichie. Part 1.

While in Mexico she observed how only white people were perceived as “American.” To them she was not “American” she was from Africa–she was “morena”or “Africana”. Uhh, interesting. We talked about how in our home country of Jamaica there isn’t a fixation on your race per se (Jamaica is actually quite racially diverse: Asian, White, and Indian minorities) as it is in America but colorism is still rampant amongst some Jamaicans and well some in the black community till this day.

The Effortlessly Dapper Dame. by MusingAndrea. With Images by Brianna Roye.

I was in a relationship that I felt I couldn’t always be myself so once I got out of that relationship, I just decided I wanted to be who I felt I was…That’s when everything evolved.

Miss Representation. On Beauty Standards and Why Boys are “Easier”.

I hope to have a child someday, if it’s in the cards for me. To be completely honest, I wish to have a son. I’ve already picked out a name, Marley. Recently I pondered why I had such a fixation on having a boy and not a girl. I’ve always pictured Saturday afternoons at the park playing whatever sport, reading all sorts of literature and taking wonderful trips with him. Not once have I pictured doing any of these things with a girl.

On Chescaleigh and Lena Dunham. It’s Not Only About Choosing Your Battles But Also Your Weapons.

The attacks on Ramsey included accusing her of tone policing black women because she suggested that there is a kinder, more productive way to call people out than the method she had formerly been using. Her expressing the decision to not verbally attack Dunham was somehow misconstrued as her saying that black women shouldn’t be angry when calling out white women. She never said that. She simply said that she preferred a subtle approach.

I’m a card-carrying member of the Lupita stan club, but I can’t deny the exceptionalism present in the dialogue about her. The idea that dark-skinned beauty needs to be made palatable by delicacy, is just as harmful as the idea that black beauty needs to be tempered by lightness. When it comes to the physicality of black women, we are constantly hitting a wall of intertwined -isms. Even black women that are privileged in some way are still stepping over stones and leaping over hurdles. When we are allowed the rare opportunity to occupy space, we have to be figuratively larger than life while literally taking up as little space as possible.

Jada Pinkett-Smith Comments on That Picture of Willow. About That…

Five Common Misconceptions of Being a Photographer.

The one thing I can tell you that most photographers (and artists in general) straight up loathe is when someone thinks you can work for free. It’s a bit insulting to a photographer, someone who puts effort into their craft, to be asked to do something for nothing.

Even When We Cover Up, We Still Get Undressed.

Both Obama and Winfrey are well-educated women in their 50’s. They are stylish, sensible, and “articulate”. They are same sort of women frequently invoked to shame young black women for any “improper” behaviors. Their worst vice is a mutual love of Beyonce. But, despite their credentials, their bodies are treated just like any explicit rapper’s body. Their images are a source of amusement, titillation, and awe. The same society that deems these women, undesirable, matronly or even, in the case of Michelle Obama, manly will project hypersexuality onto them at the drop of a hat.

When newbies enter scene, there are folk tales that the community is warm and welcoming. If you’re fat and also Black, good luck with being welcomed. Although more shows are being more inclusive, at least when it comes to color, things still remain the same; to be successful you should be thin and fair skin at the very least. Unless you’re the token Black or fat girl then you’re good to go. Otherwise all the tales of diversity is just for shits and giggles.

Everything But The Burden. When Non-Black Women Imitate Fetishistic Images of Black Women.

To see such images recreated by a non-black woman reeks of minstrelsy. It’s also an example of the fascination that non-black people have with the alleged allure of the black body, where they seek to imitate it, and to use it, but do so in a manner that allows them to retain their privilege.

Aeon Fux is the Soulful Otherworldly Cyber Punk You Should Be Listening To. Interview by Andrea Dwyer.