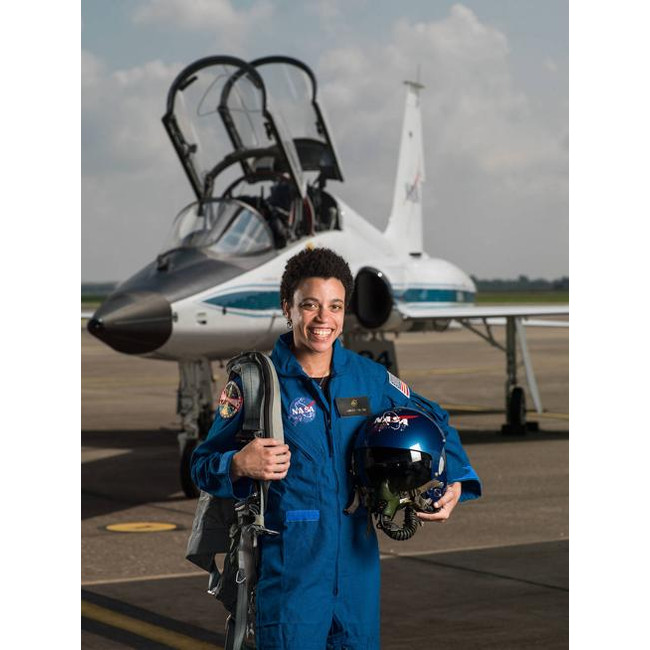 NASA recently announced Jessica Watkins as one of 12 newly appointed members of its upcoming astronaut class. The lucky and highly accomplished group was selected out of a massive pool, made up of over 18,000 applicants.

Watkins, 29, was born in Gaithersburg, Maryland and raised in Lafayette, Colorado. She holds a Bachelor’s degree in Geological and Environmental Sciences from Stanford University and a Doctorate in Geology from the University of California, Los Angeles. She is also a former international rugby player and assistant basketball coach.

Speaking to SyFyWire about her recent appointment, Watkins stressed the importance of encouraging women and girls in STEM, and offered some advice.

“[I]n terms of advice, I would say get a mentor, ideally a female mentor, although male mentors are great as well. That is something that has really pushed me to this point in my life. I’ve been really grateful and lucky to have the mentorship support that I’ve received from a lot of my teachers and professors and supervisors. That’s been something that’s really important for me, and I think help with that idea of persistence, having a mentor who can continue to push you and encourage you in a STEM field is really helpful.”

Watkins is set to report for duty in August 2017. The training will put her one step closer to possibly being one of the first humans to set foot on Mars.

13-Year-Old Programmer and Blogger Keila Banks Delivers an Inspiring Speech About Defining Yourself.