Kenyan Twitter Hits Back at Skewed Media Coverage With #SomeoneTellCNN. 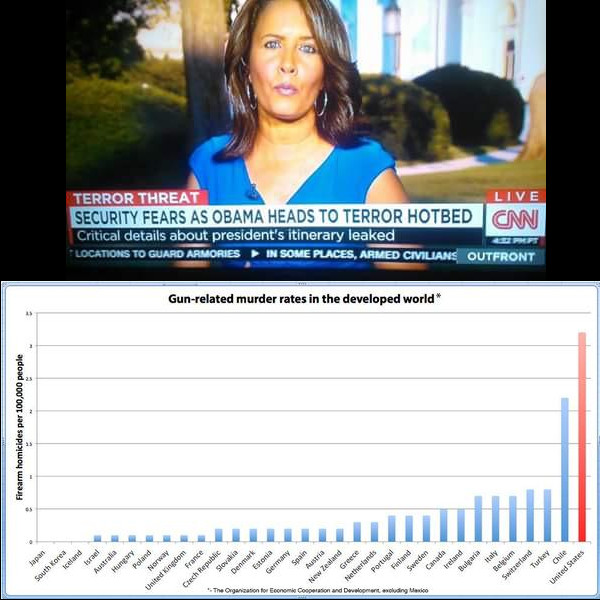 As of this Friday, President Obama will become the first sitting president to travel to Kenya. He will engage in diplomatic activities, but will also visit family and explore his heritage.


News of the President’s impending trip to his ancestral homeland, has yielded a slew of interesting, salacious, and seriously skewed reports from the media about the country’s current social and political climate.

One CNN article in particular, however, which called Kenya a “terror hotbed” really struck a chord with Kenyan Twitter users. Fortunately, Kenya boasts the second largest number of Twitter users of any country on the continent of Africa. Kenyan Twitter decided tell CNN what’s up.

#SomeoneTellCNN…A terror hot bed is that USA of theirs where mass shootings take place each week. Shame on you Hypocrites

#SomeonetellCNN Tanzania is fine where it is supposed to be. We haven't forgotten that you moved it to Uganda. pic.twitter.com/onpIN6UrjX

#SomeoneTellCNN "Until lions have their own historians, history of the hunt will always glorify the hunter" Achebe pic.twitter.com/uk7PkBYMaI

#SomeoneTellCNN we are a hotbed of heroes. A country which stood up to protect another country against terrorism despite the repercussions

#SomeoneTellCNN it saddens me that in this day and age American Journalists and Analysts discuss Africa with facts from GOOGLE! #Shame

#SomeoneTellCNN that there more killings in one day in NYC than the whole year in Nairobi, and our Police don't kill blacks for sport!

#SomeoneTellCNN the only thing that will be 'terrorising' @POTUS is the sweet taste of nyama choma in his mouth! pic.twitter.com/A19jEPPBgd

#SomeoneTellCNN I dont need to look too hard to spot the hotbed of terror pic.twitter.com/UC1RDVyn5p