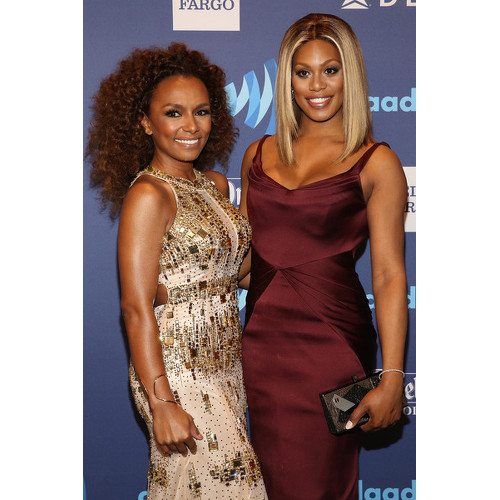 In the wake of Caitlyn Jenner officially “breaking” the internet to much fanfare and support, Laverne Cox released a pointed statement on her Tumblr page about the many ways we can often end up objectifying trans individuals, even if we don’t mean to.

Many have commented on how gorgeous Caitlyn looks in her photos, how she is “slaying for the Gods.” I must echo these comments in the vernacular, “Yasss Gawd! Werk Caitlyn! Get it!” But this has made me reflect critically on my own desires to ‘work a photo shoot’, to serve up various forms of glamour, power, sexiness, body affirming, racially empowering images of the various sides of my black, trans womanhood. I love working a photo shoot and creating inspiring images for my fans, for the world and above all for myself. But I also hope that it is my talent, my intelligence, my heart and spirit that most captivate, inspire, move and encourage folks to think more critically about the world around them. Yes, Caitlyn looks amazing and is beautiful but what I think is most beautiful about her is her heart and soul, the ways she has allowed the world into her vulnerabilities. The love and devotion she has for her family and that they have for her. Her courage to move past denial into her truth so publicly. These things are beyond beautiful to me.

The actress also emphasized the importance of looking at how privilege plays into the narratives built around visible trans women like Caitlyn and herself,

Most trans folks don’t have the privileges Caitlyn and I have now have. It is those trans folks we must continue to lift up, get them access to healthcare, jobs, housing, safe streets, safe schools and homes for our young people. We must lift up the stories of those most at risk, statistically trans people of color who are poor and working class. I have hoped over the past few years that the incredible love I have received from the public can translate to the lives of all trans folks.

Several activists and allies had made similar statements in the weeks following Jenner’s bombshell 20/20 interview in which she came out as trans.