Miss Cleo Is Back. She Wants to Tell You About French Toast Crunch. She’s Still Using That Accent. 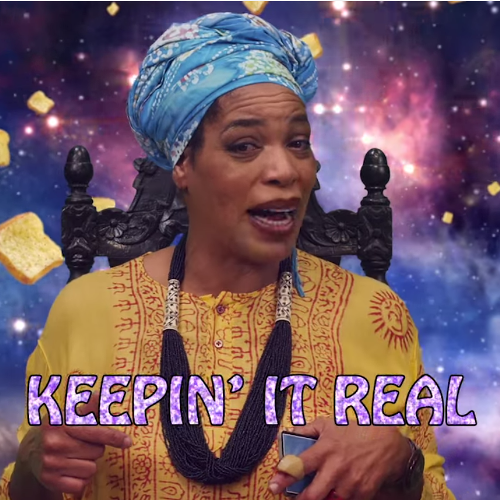 
The new partnership is the perfect marriage of 90’s nostalgia. In the late 90’s Youree Dell Harris, aka Miss Cleo starred in a series of ubiquitous late-night spots in which she advertised her psychic services while sporting Afrocentric dress and an exaggerated Patois. By 2002, her ruse was revealed to the public after the Federal Trade Commission filed a suit against Harris and The Psychic Readers Network, alleging the company used questionable practices to defraud consumers to the tune of approximately $1 billion.

Miss Cleo devolved into nothing more than a pop culture punchline, until 2006, when she came out as a lesbian in an interview with The Advocate.

In an interview last year with Vice Magazine, Harris maintained that she was trained in voodoo traditions, but wasn’t a psychic — she was pressured to call herself that by her employers.

I come from a family of spooky people. I don’t know how else to say it. I come from a family of Obeah—which is another word for voodoo. My teacher was Haitian, [a mambo] born in Port-au-Prince, and I studied under her for some 30 years and then became a mambo myself. So they refer to me as psychic—because the word voodoo scares just about everybody. So they told me, “No, no, no, we can’t use that word; we’re going to call you a psychic.” I said, “But I’m not a psychic!”

Then they would take me somewhere to do an interview, and as soon as I’d say, ‘I’m not a psychic, and I don’t own the company,” the handlers would say, “No, no, no. Tell her to shut up.”

By the looks of this new General Mills campaign it appears that Harris has adopted her old Miss Cleo persona. The campaign also includes a Tumblr page where Miss Cleo will answer your questions and predict the future.