Mother of Plane Stowaway Hoping to Make Her Way to America From Ethiopia. 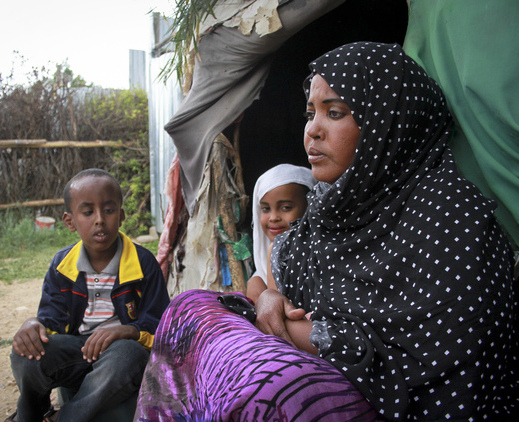 The story of 15 year-old Yahya Abdi, a Somalian-born stowaway, who survived a nearly 2600 mile flight from California to Hawaii traveling via an aircraft’s wheel well, made waves last week. While the young boy has not spoken to the media as of yet, the media soon learned Abdi was running away from home in an effort to reach his mother. He was originally told his mother had died in a bombing an Somalia only to find out she had been alive all along. Now the captivating story has made it’s way to his mother Ubah Mohammed Abdule, who is currently living at the Shedder refugee camp on the Ethiopia/Somalia border. Ubah hopes that she can be granted refugee status from the U.N. in order to emigrate to the United States.


According to the Daily Mail:

The teen’s father said he plans to fly to Hawaii soon to reunite with him and is ‘excited to bring him back home to his family in California.’ The family was ‘deeply concerned’ when the boy went missing and was relieved to hear he was safe, Yusuf said.

Abdule said she hasn’t been able to eat since learning of her son’s misadventure. She said she has visions of her ex-husband not properly caring for their children.

‘I prefer they be with me than live with a stepmother in the U.S.,’ said Abdule, who has two other children, an eight-year-old son and five-year-old daughter, living with her in the camp.

Abdule may yet be able to reunite with her children in the U.S., U.N. officials said.

She has passed her first interview with the U.N. refugee agency’s list of those who might qualify to immigrate to America, said a legal protection officer at the refugee camp, Abdlrasak Abas Omar. If she passes the next phase, he said, she could move to the U.S. in less than a year.

It’ll be interesting to see how this story ends, hopefully the ending will be a happy one.