Must See Cinema. A Review of Breakout Film “Belle”. 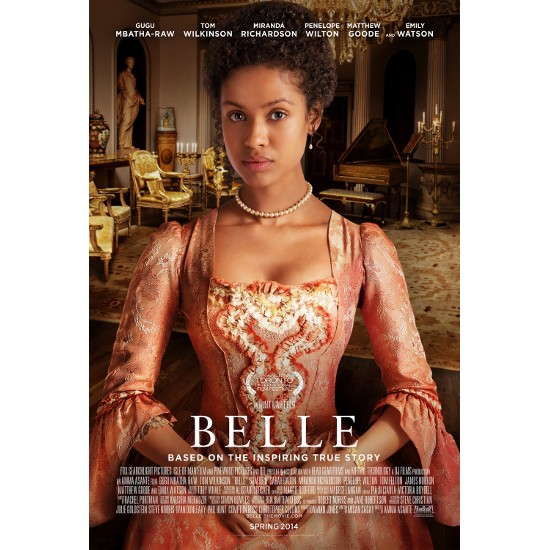 The film “Twelve Years a Slave” took Hollywood by storm back in October of last year. The tale of Solomon Northup, a formerly freed man who is tricked into a life of slavery is the centerpiece of the tale that won this year’s Oscar for Best Film. Some months back in an interview by Tavis Smiley, the director of the film, Steve McQueen, elaborated on how he and his wife came upon Northrup’s life tale while researching for accounts that told stories of slavery. It struck a chord with McQueen and his passion for the tale would later push the artist to make the film. After encountering the story for what was the first time for him, the film director expressed his dismay that it had taken him so long to hear of such a story—Solomon’s story—which was known by scholars but was not on the radar of the everyday person. Similarly, most learnt of Dido Elizabeth Belle’s, the main character of “Belle”, story not from the pages of a book but rather through the glare of the big screen. I knew way back in December when I saw the trailer for “Belle” that I would take the first chance I got to see it, and that I did!

“Belle” directed by Ghanaian-British talent Amma Asante, pulls the audience in from the very beginning of the film. The audience is introduced to a young and muted Belle. Dido Elizabeth Belle, is the mixed-raced daughter of a British Navy Admiral and an African slave. Time elapses and we see that Belle played by Gugu Mbatha-Raw, has settled into a comfortable life with her bourgeois family. Conflict arises because Belle’s skin color prevents her from being wholly accepted by British high society despite her being raised in an aristocratic family. Belle is clearly loved and embraced by her family but societal etiquette of the time forbids her from truly being assimilated to an equal status. “Why am I too high to dine with servants but too low to dine with my family? ”  In the scene below those same rules are applied as an understood boundary placed for Belle, “such are the rules and you know them well.” 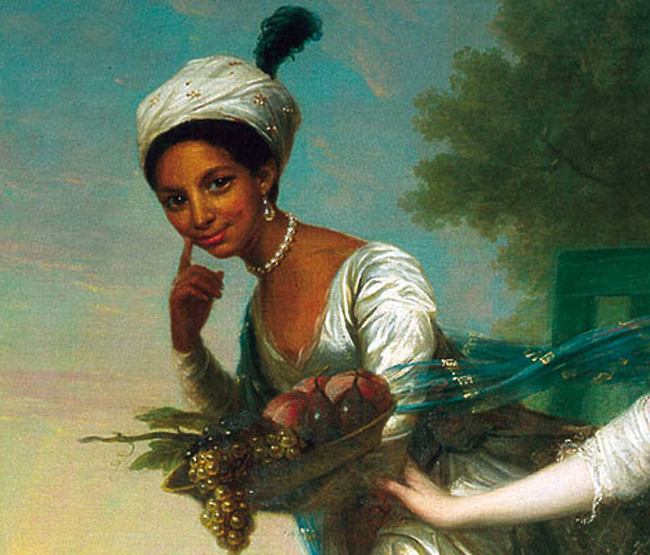 When one thinks of Victorian era flicks, one conjures up images of Jane Austen type romance, hair for days, and ornate dresses, and well “Belle” has all that but the story or rather the appeal is Belle’s courage and her seeming natural propensity to question “her place” and the rules set upon those around her and in her own way she fights against the norm of society at the time. The romance between Belle and John Davinier (the man Belle would marry in real life) is a relationship built on intellectual demur, mutual attraction and a gradual and deepened trust and respect for each other. Ultimately love conquers all and Davinier’s love for Belle is as one dreams of a perfect love. She isn’t fetishized by Davinier as she was by her original love interest, where emphasis was placed on her “rare and exotic” features but rather, Belle is seen as both an equal mate and human being. Also at the center of the film are issues of race, class and sexism. Belle reiterating the statements made by her confidant Elizabeth (Sarah Gadon), states that “women are but the property of gentlemen..”

True to times, the automatic discourse for women was marriage, and the union between man and woman was a highly looked upon step in a young lady’s development into womanhood. The practice of slavery in England is also at the core of the film. Belle plays an instrumental role in playing to her grand uncle’s better senses, Lord Mansfield (Tom Wilkinson) who presides over the famous Zong Massacre trial. The ruling would deem the actions of killing diseased slaves for an insurance payout reprehensible and it was about three decades later that the slave trade ended in England.

I’m a longtime fan of Victorian era classics, although they tend to run long but Belle’s running time is just short of two hours, 1hr 43 minutes to be exact. Overall, I would give the film a solid four out of five stars. There’s romance, history, fashion and a story of triumph, it is truly a well-made film and an important tale of a black woman in history that many unfortunately didn’t know of until now. It should be a film on the radar of the academy, it’s certainly amongst the caliber of films that are regularly nominated and celebrated each year. Gugu Mbatha-Raw is an exceptional lead actress, her presence on screen undeniably captivating and Amma Asante‘s hard work has certainly paid off. I would urge you to support this film, you certainly won’t be disappointed. Matter of fact, I’m going to see it again, I enjoyed it that much.