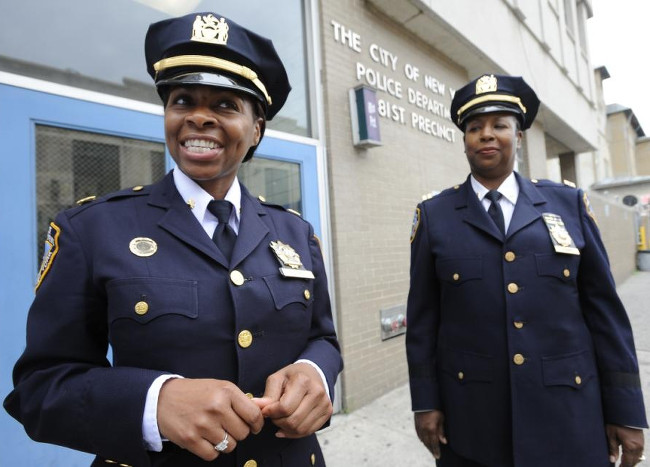 Juanita Holmes made headlines back in 2011, when it was reported that Holmes was attacked by her husband, retired Detective William Fowlkes, on the front lawn of the Long Island home of an NYPD detective that Fowlkes accused Holmes of having an affair with. Fowlkes plead guilty misdemeanor assault and avoided jail time by attending domestic violence classes. And order of protection was also granted.


But, sources say that this incident didn’t play a role in Police Commissioner Bill Bratton’s decision to appoint Holmes. Holmes is a 27-year veteran of the NYPD, who also ran the 81st precinct in Brooklyn, with Capt. Vanessa Knight. as her second-in-command, making the precinct the first Brooklyn stationhouse to be run by two women. Holmes’ four sisters were also police officers.

The announcement of Juanita Holmes’ new position comes at a critical time, NYCHA recently revealed that domestic violence accounts 40% of all major crimes that occur in public housing in New York City.

Watch. Listen. (TW) Theresa Lola and Russeni Take on the Role of Abuser and Victim in This Haunting Spoken Word Piece About Domestic Violence.

Watch. Listen. Goapele. “Strong As Glass.” A Tribute to Survivors of Domestic Violence.