Race, Sexual Assault, and the Criminal Justice System, in the Case of Ruby McCollum. She Was Convicted of Murdering a White Doctor in 1952. But There’s More to This Story. 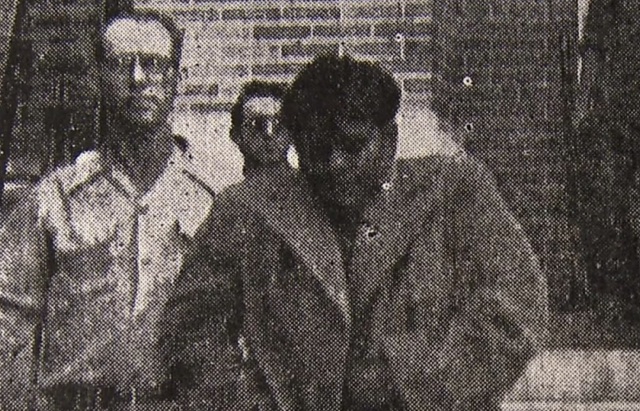 The 1952 murder of Clifford Leeroy Adams still stirs racial tensions to this day in the state of Florida, where the incident occurred. Adams was a prominent physician and senator-elect. His murderrd Ruby McCollum, was a wealthy black woman and wife and mother. During her trial, McCollum testified that Adams had abused her and raped her several times, and that her youngest child was a product of sexual assault. She claimed that she had shot Adams in self-defense after he tried to attack her, for the last time. Ruby McCollum was found guilty for her crime by a jury comprised of all white men, some of whom were Adams’ patients. She was sentenced to death by electric chair. After an appeal, her sentence was reduced due to a technicality due to how the original investigation was conducted. As a result of her appeal, McCollum was deemed mentally incompetent and therefore unable to stand trial. She was committed to a mental hospital and released after another successful appeal in 1974.


The state of race relations at the time of the murder made it essentially impossible for a black woman to receive a fair trial, especially for murdering a white man. This type of crime was unheard of in that era. Many historians are actually shocked that McCollum received a trial at all, as opposed to being lynched. Ruby McCollum’s story is another example of how the intersection of race and sex can often result in a very specific experience for black women when navigating the criminal justice system.

The details surrounding the crime were largely misrepresented in the media. During the trial, Zora Neale Hurston brought the situation to light by covering it for The Pittsburgh Courier, the predominant black newspaper, taking special care to note how a history of unjust social conventions between black women and white men caused the murder. According to C. Arthur Ellis, Jr, the author of Zora Hurston and the Strange Case of Ruby McCollum,

While covering the murder trial, Hurston recalled her work in the timber camps of North Florida, where she had discovered the practice of “paramour rights.” This unwritten law of the antebellum South allowed a white man to take a “colored” woman as his concubine and force her to have his children. Hurston expected the upcoming trial of Ruby McCollum to be an unprecedented forum for a “Negress” to testify in her own defense after being forced, through paramour rights, to bear a powerful white man’s children.

Over the years, the trial has been the subject of documentaries, books, television specials, and even plays. Writers, researchers, scholars, and filmmakers, continue to examine the case, often positing that McCollum was driven to murder after years of abuse and as a result of being drugged.

As Ruth Thompson-Miller, a professor of sociology and anthropology and the writer of Jim Crow’s Legacy: The Lasting Impact of Segregation (Perspectives on a Multiracial America) notes in the documentary You Belong to Me: Sex, Race, and Murder in the South,

They didn’t want to think Doc Adams was the type of man that would sleep with a black woman. Would rape a black woman. Over and over again, would beat her, harass her, torment her, terrorize her, drug her without her consent. I mean, what type of person would do that? Doctor Adams was that kinda guy.

Tameka Hobbs, a professor of history at Florida Memorial University who grew up in Live Oak, Florida where the murders took place, also points out that details surrounding the crime brought a sense of shame to the black community. It has been theorized that the relationship between McCollum and Adams was consensual. “With Ruby there was so much shame in the black community because of the sexual liaison, they really did not want to talk about it,” Hobbs said.

In The Other Side of Silence: The untold story of Ruby McCollum, a new documentary inspired by the William Bradford Huie book, The Crime of Ruby McCollum, Pulitzer Prize nominee Claudia Johnson details her 19-year quest to tell the real story of Ruby McCollum. The documentary’s creators are hoping to turn the project into a feature film. Huie’s book claims that the relationship was consensual, but the documentary, which may be turned into a film, doesn’t appear to take a set stance. Given the power dynamic at the time, could any secret relationship between a black woman and a white man be truly consensual?

Beverly Johnson Says Many Survivors of Sexual Abuse Have Reached Out to Her.